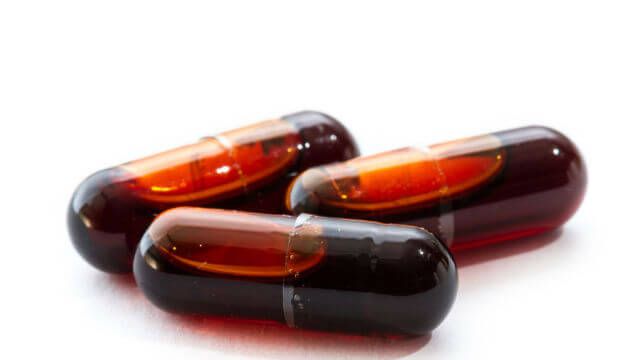 More than 100 million Americans live with chronic pain—that’s over one third of the population. If you’re one of them, the good news is that you don’t necessarily have to turn to over-the-counter painkillers, or the addictive stuff that the doctor sometimes prescribes.

Nature has provided us with these five natural painkillers, all of which have been found to be effective.

Capsicum, also known as red pepper or chili pepper, can do wonders for chronic pain when used topically. Capsaicin, the active pain-reducing component in capsicum, works by temporarily desensitizing nerve receptors called C-fibers, which cause pain responses in the body.

Many studies have shown capsicum to be effective. One incredible study showed that a single 60-minute application given to patients with neuropathic pain provided them with pain relief for up to 12 weeks. Another showed that capsicum can reduce the pain associated with migraines and cluster headaches when applied to the nasal passages.

Although the name doesn’t make it sound like what you would use to treat pain, this North African herb’s powerful anti-inflammatory properties actually make it a very effective pain reliever. In particular, devil’s claw is known for reducing the pain and discomfort associated with arthritis, headaches and chronic lower back pain.

Due to its potent anti-inflammatory properties, ginger has been used for ages as an effective pain reliever, and recent studies show that it can be even more effective than common prescription painkillers.

A 2013 study that compared ginger extract to the common painkillers cortisone and ibuprofen for the treatment of osteoarthritis and rheumatoid arthritis found that ginger was not only an effective pain treatment—it was superior to the pharmaceuticals.

The health benefits of fish oil are well known, but did you know that krill oil is an even more effective way to get healthy, anti-inflammatory omega-3 fatty acids? Krill oil contains liposomes that help to send the fatty acids directly into the cells, which means you’ll feel the anti-inflammatory benefits of the omega-3s quicker than you would if you were taking a supplement.

One study has shown that taking 300 milligrams of krill oil each day for seven days lowered inflammation and arthritis symptoms by 20 percent. After 30 days, inflammation had decreased by over 30 percent, making krill oil a good choice for chronic pain relief.

Aquamin, a plant-based mineral complex derived from red seaweed, is another powerful pain reducer. A study published in Nutrition Journal found Aquamin to reduce arthritis pain and certain other side effects associated with the condition by 20 percent in a month. It has also been shown to reduce the pain and inflammation associated with different digestive orders.

Remember: Some natural remedies can be very powerful and cause certain side effects. Be sure to consult your doctor before starting or changing any medications or supplements.