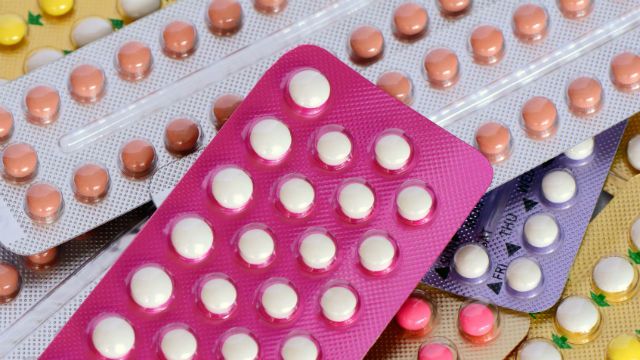 A new study, conducted by the Fred Hutchinson Cancer Research Center in Seattle, revealed that certain birth control pills may increase the risk of cancer.

Researchers found that women taking oral contraceptives in the past year had about a 50 percent greater chance of developing breast cancer than those who had either never taken the pill or who hadn’t taken it within the last year.

Of course, the connection between the estrogen in “The Pill” and breast cancer isn’t something that’s entirely new. This fact is even disclosed in the pamphlet that accompanies the medication. However, this was the first research of its kind that compared the risks of specific types of birth control that women regularly take.

In this study, the researchers reviewed health records and oral contraceptive use in 1,102 women between the ages of 20 to 49 that had been diagnosed with breast cancer, and 21,952 women who had not, but fell into the same age group.

Unlike some other studies on the safety of contraceptive use, which relied on data based on self-reporting, this study was based on electronic pharmacy records that included the name of the medication, the dosage and duration of its use.

She notes that the study suggests areas for future research. She also said, “it’s important to remember that breast cancer is rare among young women and that there are other established health benefits associated with oral contraceptive use, like protecting against unwanted pregnancy, clearing up your skin, regulating your period, and lightening your flow.”

Dr. Courtney Vito, a breast surgeon and assistant clinical professor of surgical oncology at the City of Hope Comprehensive Cancer Center in Duarte, California, advises women to talk to their doctor about considering a lower dose estrogen birth control pill that doesn’t have the higher risk progesterone in it.

Breast cancer isn’t the only issue, however. There are other health concerns related to taking birth control pills. A 2011 study, published in the BMJ medical journal, indicated that women who take newer oral contraceptives, such as Yasmin, appeared to get dangerous blood clots in their veins about twice as often as women on older pill formulations.

Blood clots are a well-known side effect of birth control pills, with just a few of the others including rare but serious (and sometimes fatal) risks like high blood pressure, stroke, heart attack, liver tumors and gallstones.

On the other side of the coin, for many women, particularly those with polycystic ovarian syndrome (PCOS) and premenstrual dysphoric disorder (PMDD), which is an extreme form of PMS, the benefits of taking the pill often outweigh the risks.

The decision whether or not to to take oral contraceptives is highly individual and personal, and one that should not be taken lightly no matter how you look at it.