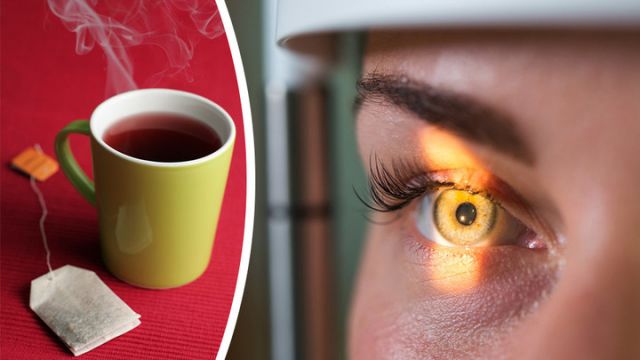 Preventive medicine is a farsighted approach to health. This is doubly true when it comes to protecting your most precious sense — vision. If you are on the lookout for foods and beverages that can help safeguard your eyesight, then here are five evidence-based things you should consider adding to your diet.

According to a new study, tea drinkers have a 74 percent lower risk of developing glaucoma, a condition that is one of the leading causes of blindness worldwide.

The findings, which were recently published in the British Journal of Ophthalmology, were correlational, meaning that researchers have still not established a cause and effect relationship between tea and eye health.

However, the investigators speculate that the antioxidants in tea help protect retinal cells from being damaged by free radicals.

The author of the study, Dr. Anne Coleman, a professor of ophthalmology at the David Geffen School of Medicine at the University of California, says she hopes this research will help scientists zero in on lifestyle changes that can help prevent vision loss.

Interestingly, only caffeinated tea was correlated with better eye health. Neither antioxidant-rich coffee or decaf tea was linked to lower rates of glaucoma. Some researchers speculate that flavonoids unique to tea may be responsible for the beverage’s retinal protective properties.

Dry eye condition is very common and it can be far more serious than many people realize. For one, rubbing and scratching, as many people with the disorder do, can lead to serious infections.

Scientists have found that the omega-3 fatty acids in fish oil help improve the health of cell membranes in the eyes, which can help keep them lubricated. That’s because a compound that makes up omega-3 — docosahexaenoic acid (or DHA) — is a structural component of your eyes.

No wonder, then, that a new study found that fish oil helps “vision cells to survive future injuries or disease.” This builds on earlier studies, which have found that omega-3 fatty acids can help lubricate the eyes, as well as prevent macular degeneration and cataracts.

Blueberries have a reputation as “the vision fruit.” The link between them and good eyesight first surfaced during WWII when it was discovered that RAF pilots frequently consumed blueberries because they believed it improved their night vision.

Studies have confirmed the association between blueberries and better vision. One reason, of course, is that the fruit is a great source of pigment-rich antioxidants, which can help protect and replenish the macular pigment in your eye.

In particular, blueberries are a great source of a substance called anthocyanin, which counteracts oxidative stress in the eyes as well as inflammation. This substance is also found in other colorful fruits such as red grapes and dark cherries.

Also known as leaf cabbage, this member of the Brassica oleracea family is super rich in two beta-carotenoids, lutein and zeaxanthin, which according to the American Optometric Association can help prevent cataracts, macular degeneration and other eye disorders. Other great sources of these nutrients include spinach, collards, turnip greens, broccoli, eggs and oranges.

Almonds, sunflower seeds, hazelnuts and peanuts can also do a lot to protect your vision. That’s because many nuts and seeds are rich in Vitamin E and zinc. Age-related studies involving eye health have consistently found that these nutrients can help lower the risk for many degenerative eye diseases.

The American Optometric Association suggests that the development of cataracts (the number one cause of visual impairment in older adults) could be delayed 10 or more years just through better nutrition. Now, that’s what I call a perceptive and clear-sighted approach to medicine.