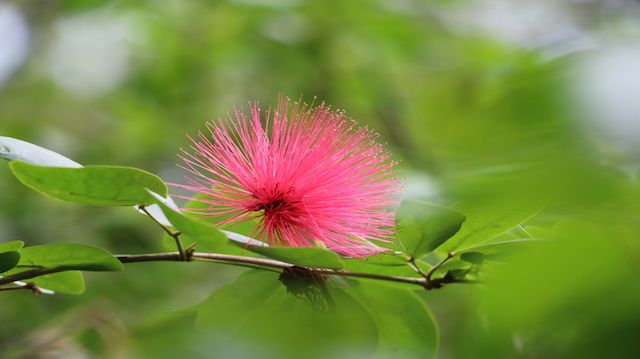 The ohia tree of Hawaii is truly a tree of legend. According to Sam ’Ohu Gon, a senior scientist and cultural advisor for the Nature Conservancy of Hawaii, “ohia” was a word symbolizing beauty, sanctity and strength in ancient Hawaii.

Sadly, for the last few years, ohia trees on the Big Island of Hawaii have been dying in large numbers.

Flint Hughes, a Forest Service ecologist on the Big Island, states, “You can tell the whole history of Hawaii with ohia.”

Not only is the ohia tree legendary — one legend states that picking the lehua blossom from the ohia tree is akin to separating two ancient lovers and brings rain for an entire day — it is also vastly important to Hawaii’s ecosystem. These trees protect low-lying plants and are home to honeycreeper birds. A large portion of Hawaii’s canopy is composed of ohia trees.

In 2010, dead ohias began cropping up around the Big Island. In 2014, it was found that 15,000 acres of Hawaiian rainforest were covered with dead ohia trees. Since this discovery, researchers have been scrambling to get to the root of the problem.

When University of Hawaii and Forest Service ecologists began performing autopsies of the dead ohia trees, they found that a fungus known as C. fimbriata was choking the vascular systems of the trees and preventing them from getting water. This fungus is not native to Hawaii and has only been on the islands for several decades. Before this discovery, it was thought that it only attacked sweet potato plants.

However, researchers found that this fungus could live inside a mature ohia tree for two to five years, with no symptoms to the tree. After this span of time, the tree begins dying. This scourge on ohia trees was officially named “Ceratocystis Wilt on Ohia.” A common name for it is “Rapid Ohia Death.” Once one tree becomes infected, other surrounded trees can “catch” the plague, as well.

According to Hughes, “The trees that get hit by this become the breeding ground — they become the vectors. They sustain the disease so it can kill other trees around it. It’s really diabolical. It’s a lot like other pathogens that impact humans. I refer to it as ‘tree Ebola’ in talks if I really want to get people’s attention.” 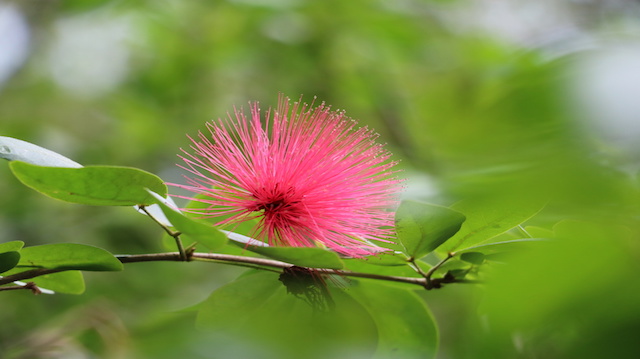 For a long time, the source of the C. fimbriata fungus was unknown. However, just recently, it was narrowed down to an ornamental vine imported from South America. This vine is sold in nurseries around the Big Island of Hawaii. By bringing this vine into Hawaii’s delicate ecosystem, humans have put the entire Hawaiian canopy at risk.

Hughes states, “We’ve been playing Russian roulette with our ecosystem for decades, if not centuries… In terms of blame, we are to blame, unfortunately.”

In efforts to combat the spread of this fungus, scientists are now searching for ohia trees that are resistant to it so they can learn about how those are surviving and potentially help other ohia trees survive, as well. According to Hawaii’s Department of Land and Natural Resources head, Suzanne Case, “Ohia trees cover more than one million acres statewide, and ohia is widely considered the most important forest tree in Hawaii. They are so important for protecting our forest watersheds that it’s necessary our approach to combating this disease involves the highest levels of government and include non-government agencies.”

We hope that this fungus can be stopped and that the ohia trees of Hawaii begin to thrive again. This sad occurrence reminds us that we humans have to be extremely careful when meddling with natural ecosystems. Something as seemingly benign as importing a vine may have devastating consequences.