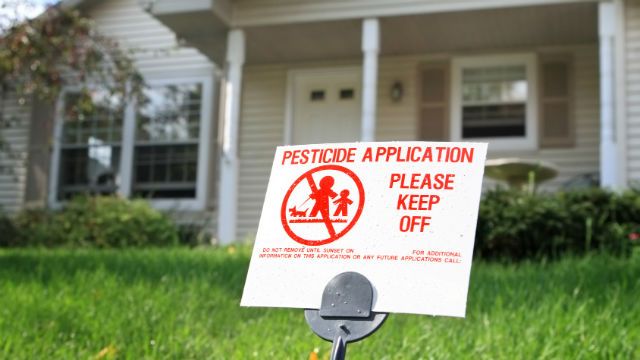 A recent pilot study conducted by Moms Across America and Sustainable Pulse found that the toxic ingredient in the popular herbicide Roundup showed up in the breast milk samples of American women.

This study is groundbreaking because up to this point, the toxic ingredient was considered “safe” since it was thought to be excreted through urine rather than accumulating in the body. All current regulations placed on glyphosate were based on this assumption. However, this recent study indicates that the chemical does in fact accumulate and can be transmitted to infants via a mother’s breast milk.

Glyphosate-containing herbicides are the most commonly used and top-selling herbicides in the world. The most notable brand of these toxic herbicides is Monsanto’s “Roundup,” which is widely used on genetically modified crops. What Monsanto touted as non-bioaccumulative, meaning it won’t accumulate in the body, is now proven to be anything but.

Not only is this of concern to the general public who have been exposed to the chemical for years, it is of particular concern to pregnant women or mothers of young children who have unknowingly been exposing their babies to the toxic chemical since birth.

In a 2013 study performed by the University of Caen in France, various herbicides and fungicides were evaluated for toxicity, as manufacturers continuously claim these chemicals are safe. Of the nine pesticides tested, Roundup was deemed to be among the “most toxic,” leading many to wonder what this toxicity means for exposed consumers in the long run.

The pilot study also found that levels of glyphosate in American drinking water rank far higher than those in European countries. This is thought to be the result of the abundance of genetically modified crops that are coated with the toxic chemical regularly.

The Organic Consumers Association called for a temporary ban on all glyphosate-containing products until further testing is performed. While a halt on pesticide use may limit exposure in the short-term, there’s no telling what the effects of years of exposure and accumulation will be for those who may have levels of accumulated pesticide in their bodies already.

Your best option for protecting yourself from this toxic chemical is to avoid all genetically modified products, eat only organic produce, meat and dairy and steer clear of any pesticides marketed under the Roundup trademark.