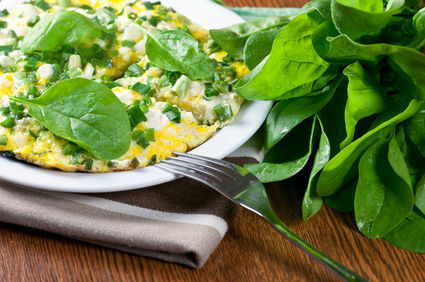 You’ve probably heard about the Paleo Diet, but do you really know what it is? Some might automatically dismiss it, believing it’s just another diet fad, but this one really is worth a second look. While it may seem like it only recently popped onto the scene, it was originally made popular in the early 1970s by gastroenterologist Walter L. Voegtlin.

The Paleo Diet is based on how humans ate during caveman days, meaning if a caveman, or woman, couldn’t eat it, it’s off the list of foods that are acceptable to eat. It includes anything that could be hunted or found such as meat, fish, nuts and seeds, leafy greens, etc. This means that all processed foods are eliminated as well as grain-based foods like bread and pasta.

For some, that may sound impossible with so many of us eating a high carb diet. You might be thinking, “But I can’t give up my pizza and spaghetti!” While the health benefits are worth eliminating even your favorite foods, the diet doesn’t mean you have to live in misery either. You’ll find many alternatives, such as Paleo spaghetti, and after a while you may even develop an aversion to those floury foods.

By expanding your horizons and eating the way cavemen did, you won’t have to worry about counting calories. Keep in mind that calories are not created equal, 300 calories of Cheez-It crackers don’t affect your body the way that the same amount of calories consisting of high-quality vegetables and protein do. The Paleo diet can help you lose weight, build muscle and ultimately get into the best shape of your life.

The results of a 2012 National Engineered survey  revealed that the majority of those who responded found significant improvements in overall health and energy while on the Paleo diet.

The modern diet has left many humans in a poor state of health; overweight, stressed, unhappy, sleep-deprived and suffering from a wide range of preventable diseases and chronic illness.

Proponents of the Paleo diet believe this is the result of the agricultural revolution, when humans advanced from being hunter-gatherers to becoming farmers, but our bodies have never properly adjusted to all of those grains that are being farmed.

Our diet has shifted, but our genetics have remained the same. We’ve become dependent on grains like corn, rice, bread, and pasta, but as a species, we’re all getting fatter. The latest statistics show that 66% of Americans are overweight and one-third of U.S. residents are considered obese.

What can you eat on the diet?

Keep in mind that it is also important to choose organic produce whenever possible to avoid harmful toxins. Meat options should be from grass-fed, free-range animals and choosing seafood like wild-caught salmon is essential. During the paleolithic-era, humans did not have to worry about getting antibiotics, hormones, pesticides and other such substances in their foods.

While there are a few different versions of the Paleo diet, in general, avoiding the following type of foods is recommended:

Many people have difficulty understanding the reasons for avoiding grains, it can also be challenging to give them up. The problem is that grains have evolved to prevent humans from eating them. They contain lectins which can harm our gastrointestinal tract and prevent it from repairing itself.

This can result in all types of damage. Much of the population may be gluten-intolerant which means that all types of medical conditions can develop from consuming it such as joint pain and arthritis, digestive disorders like irritable bowel syndrome, acid reflux, eczema, reproductive issues, and more.

Eliminating grains, sugars, and processed foods have been shown to reverse or prevent numerous diseases and allow one to achieve a healthy weight.

One of the best ways to determine if the diet is right for you is to try it for 30 days. Almost everyone can stick with a program for a short period of time. If you don’t notice significant improvement in overall well-being, you can just go back to your previous way of eating.

Most people find their life to be so greatly improved they never want to go back, but be sure to give yourself the full 30 days before making the decision as it takes time for the body to adjust from using fuel from carbs and sugar to burning stored fat.