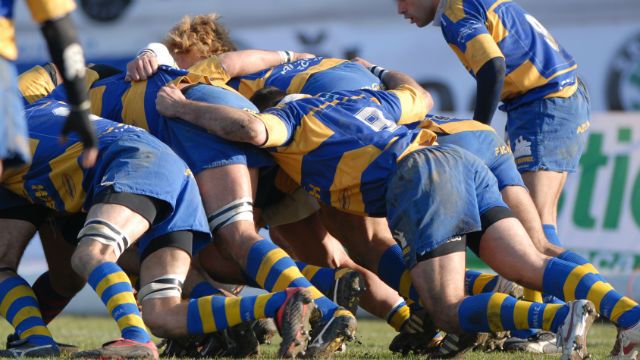 Participating in organized sports is a great way to get exercise while reaping all of the social and mental benefits that can come from being part of a team.

Some sports, however, are more dangerous than others, and head injuries you may experience in contact sports could have serious effects on your brain.

Researchers from the Geisel School of Medicine at Dartmouth University performed a study testing the impact of non-concussive hits to the head in a season of football or ice hockey on the players’ ability to complete memory tasks and other cognitive activities. They found that college contact sport athletes were more likely to score lower on the administered tests than their non-contact sport counterparts at the end of a season.

For the study, 80 Division 1 NCAA Dartmouth College varsity football and ice hockey players who had not experienced concussions were recruited. The players wore helmets that recorded the acceleration time of their heads after an impact. The researchers also recruited 79 athletes in non-contact sports including track and Nordic skiing, for a control group.

All of the athletes took the California Verbal Learning Test II before and after the season of their chosen sport. They also had MRI brain scans taken of their brains, specifically focusing on white matter.

Additionally, the researchers found that the athletes from both groups who showed declines in their test scores also had greater changes in the white matter of their brains. White matter is largely responsible for sending nerve signals around the brain, and across hemispheres.

Dr. McAllister stated, “the degree of white matter change in the contact sport athletes was greater in those who performed more poorly than expected on tests of memory and learning, suggesting a possible link in some athletes between how hard/often they are hit, white matter changes, and cognition, or memory and thinking abilities.”

There is no data explaining this decline; perhaps they also sustained some form of injury that was not noted. Also, the white matter in the brains of the non-contact sport athletes was also changed if they performed poorly at the end of the season.

The purpose of this article is not to demonize contact sports. They can provide excellent exercise, team camaraderie and a sense of motivation that is cherished by many individuals. However, it is important to exercise as much caution as possible and always follow safety procedures.

Children and adolescents should take special care, as their brains should be protected as much as possible during crucial development stages. A report released by The National Academies Press found that high school athletes are more at risk of concussions than college athletes.

For those who enjoy them, contact sports can be great fun and may boost physical, mental and emotional health. However, it is important to be as informed as possible, and to weigh the benefits against possible risks to our health and the health of our children.