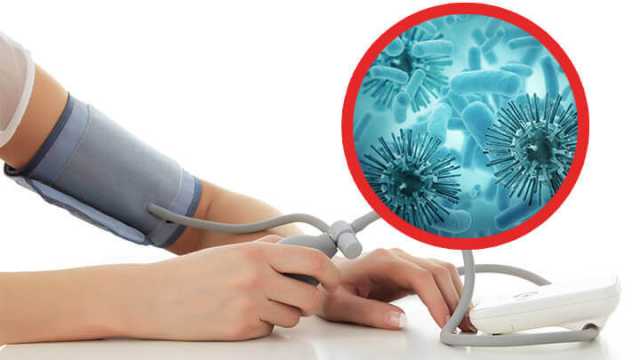 An overwhelming number of Americans have high blood pressure. According to the Centers for Disease Control and Prevention (CDC), one in three adults have been diagnosed with this condition. The CDC also states that only approximately half of Americans with high blood pressure have it under control. That’s frightening, as it was involved in the deaths of 410,000 Americans in 2014.

High blood pressure is linked to serious and life-threatening conditions, such as heart disease and stroke. This has many people searching for a natural way to lower their blood pressure readings. If this sounds like you or someone you know, you’ll be interested to hear about a new study published in the journal Physiological Genomics.

Researchers involved in this study found that a type of bacteria may help to lower blood pressure… and that bacteria is good gut bacteria, nourished by nutritious probiotics.

On the significance of this interesting finding, the study authors explained that the results serve as:

“… further evidence for the continued study of the microbiota in the development of hypertension in humans and supports a potential role for probiotics as treatment for hypertension. Studies showing that supplementing the diet with probiotics (beneficial microorganisms found in the gut) can have modest effects on blood pressure, especially in hypertensive models.”

In their conclusion, the authors added:

“We conclude that gut dysbiosis [microbial imbalance] can directly affect SBP [systolic blood pressure]. Manipulation of the gut microbiota may represent an innovative treatment for hypertension.”

Other benefits of probiotics

This research adds to the overwhelming list of benefits that arise from taking good care of your gut. Just a few include:

… That’s a whole lot of benefits from tiny bacteria.

How to get your gut in tip-top shape