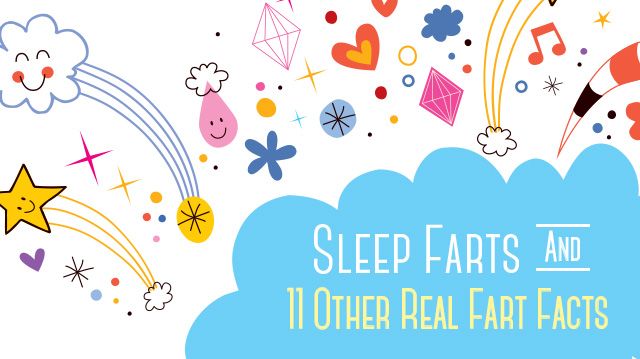 Most of us don’t spend a lot of time thinking about farts: most of us probably wish they didn’t happen at all. Sure, there are those who like to fart for fun and those who like to light them on fire (yes, it’s possible, but dangerous), but for a lot of people, farts are little more than a source of embarrassment.

However, maybe we shouldn’t be so embarrassed about our flatulence. It’s smelly and can happen at inconvenient times, but it happens to everyone. So maybe we should stop judging each other, and especially ourselves, for passing a bit of gas now and then. After all, it’s relieving and feels a heck of a lot better than holding it in.

Perhaps the key to banishing all the stigma we have about farts is to learn more about them. Check out these 12 facts about farts. Whether you think of learning about farts as getting to know your enemy or becoming more closely acquainted with a bodily friend, read on to discover a lot about farts that you may not have known!

We’re all human — so relax, pass the kale wraps and accept the humble fart for what it is: completely natural.