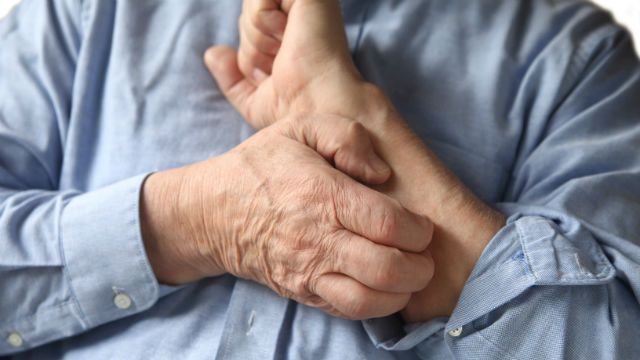 Researchers have figured out what’s behind that extremely annoying cycle of why scratching an itch just makes you itch more. A new study published in the journal Neuron was conducted on mice by researchers from the Washington University School of Medicine in St. Louis, Missouri, who found that scratching causes the brain to release serotonin, which intensifies the itch sensation. They believe it is likely to be the same for humans.

Their findings may provide new clues that can help break that cycle, particularly in people who experience chronic itching.

Senior investigator Zhou-Feng Chen, professor of anesthesiology, of psychiatry, and of developmental biology and director of the Center for the Study of Itch, notes that scientists have known for decades that scratching creates a mild amount of pain in the skin. That pain can interfere with itching, at least temporarily, by getting nerve cells in the spinal cord to carry pain signals to the brain instead of itch signals.

Chen further explained, “The problem is that when the brain gets those pain signals, it responds by producing the neurotransmitter serotonin to help control that pain. But as serotonin spreads from the brain into the spinal cord, we found the chemical can ‘jump the tracks,’ moving from pain-sensing neurons to nerve cells that influence itch intensity.”

While researchers uncovered serotonin’s role in controlling pain many years ago, this was the first time the release of the chemical messenger from the brain has been linked to itch, Chen said.

For this study, the scientists bred a strain of mice that lacked the genes necessary to make serotonin. When those genetically engineered mice were injected with a substance that normally makes the skin itch, the mice didn’t scratch as much as their littermates who hadn’t been genetically altered.

When the altered mice were injected with serotonin, they scratched just as the mice would be expected to as a response to substances designed to induce itching.

Chen said that the pattern fits “very well” with the idea that itch and pain signals are transmitted through different, but related pathways. Scratching relieves the itch by creating minor pain, but when the body responds to the pain signal, the response makes the itching worse.

Blocking serotonin is not an option, as Chen remarked. It’s important for regulating mood, which is why some people take antidepressants that work by increasing serotonin levels. It’s also involved in growth, aging and bone metabolism. Although, Chen says that it might be possible to interfere with the communication between serotonin and nerve cells in the spinal cord that specifically transmit itch. Those cells, known as GRPR neurons, relay itch signals from the skin to the brain. To work toward that goal, he and his colleagues isolated the receptor used by serotonin to activate these neurons by injecting mice with a substance that caused itching, as well as giving them compounds that activated various serotonin receptors on nerve cells.

The researchers ultimately found that a receptor known as 5HT1A was the key to activating the itch-specific GRPR neurons in the spinal cord. In order to prove that they had the correct receptor, they also treated the mice with a compound that blocked that receptor, and those mice scratched much less.

Chen said their findings provide the answer as to why the “vicious itch-pain cycle occurs,” explaining, “First, you scratch and that causes a sensation of pain. Then you make more serotonin to control the pain. But serotonin does more than only inhibit pain. Our new finding shows that it also makes itch worse by activating GRPR neurons through 5HT1A receptors.”