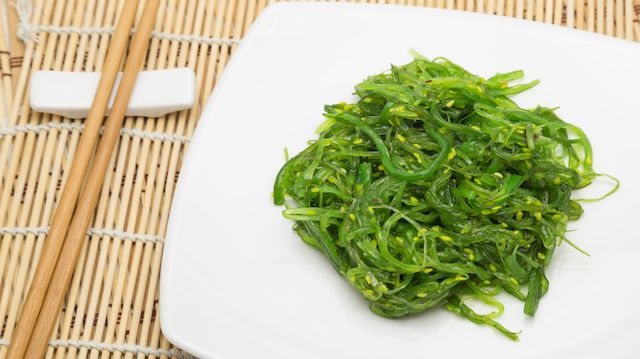 Yes, you read that right — researchers from Oregon State University (OSU) have recently stumbled upon a discovery that could change the market for meat substitutes across the country: a seaweed that tastes like bacon when fried.

Not only is it vegan and bacon-flavored, it is also remarkably healthy, and can be enjoyed in an unprocessed, whole-food form — a true gift from nature.

The seaweed, or sea vegetable, in question is dulse (Palmaria palmata), a type of red algae that grows along the Pacific and Atlantic Ocean coasts. Dulse is not a newly discovered species — it is eaten in dried form across Europe. However, Oregon State University researchers have grown a new strain, which reportedly tastes very similar to bacon when it is fried.

According to Chris Langdon, the lead researcher of the project:

“There hasn’t been a lot of interest in using it in a fresh form… but this stuff is pretty amazing. When you fry it, which I have done, it tastes like bacon, not seaweed. And it’s a pretty strong bacon flavour.”

Chuck Toombs, a business researcher who has jumped on the bandwagon and is aiding the OSU researchers in creating commercial solutions for dulse, adds:

“Dulse is a superfood, with twice the nutritional value of kale. And [Oregon State University] had developed this variety that can be farmed, with the potential for a new industry for Oregon.”

The health benefits of sea vegetables

Dulse, and other sea vegetables, truly do have superfood qualities. Dulse contains as much as 16 percent protein when dried. It also contains vitamin A, a range of B-vitamins, and vitamin C, as well as the minerals calcium, copper, iodine, iron, manganese, phosphorus, potassium, and zinc. That’s a wide range of nutrients right there.

The iodine content of sea vegetables may help to regulate thyroid health. Your thyroid is important for producing two hormones, thyroxine (T4) and triiodothyronine (T3), which have many functions throughout your body, including regulating heartbeat, metabolism, and body temperature. If your thyroid is in poor health, it may lead to a number of health issues.

Sea vegetables also contain anti-inflammatory compounds known as sulfated polysaccharides, which have some noteworthy health benefits. The authors of a 2011 study published in the journal Advances in Food and Nutrition Research wrote:

“The cell walls of sea vegetables or marine algae are rich in sulfated polysaccharides (SPs) such as fucoidans in brown algae, carrageenans in red algae, and ulvans in green algae. These SPs exhibit various biological activities such as anticoagulant, antiviral, antioxidative, and anticancer activities with potential health benefits.”

Eating foods rich in these compounds, such as dulse, may protect your heart and cardiovascular system by helping to lower cholesterol and through other cardioprotective activities. They have also been found by some lab studies to fight herpes simplex virus 1 and herpes simplex virus 2.

Here are a few other benefits of sea vegetables:

The future of dulse

Langdon and his Oregon State University research team first started breeding dulse strains in order to help abalone grow faster. However, because of its taste and how quickly it grows, they are now finding that it may be a very commercially viable food option for humans — and especially for those who don’t eat meat, or stay away from pork for kosher (and other) reasons.

On the growth of dulse, Langdon states:

“The dulse grows using a water recirculation system. Theoretically, you could create an industry in eastern Oregon almost as easily as you could along the coast with a bit of supplementation. You just need a modest amount of seawater and some sunshine.”

The new dulse strain has been recently patented by OSU, and the Food Innovation Center is currently growing up to 30 pounds of the stuff per week. According to Langdon, three times as much — up to 90 pounds per week — could be grown, and very well might be, should the demand arise.

Gil Sylvia, a seafood economist and director of the Coastal Oregon Marine Experiment Station, has high hopes for dulse. He stated:

“That fact that it grows rapidly, has high nutritional value, and can be used dried or fresh certainly makes it a strong candidate.”

Independent taste testing of dulse — and the analysis of its similarity to bacon — has yet to be performed. However, there are a few chefs in Portland, Oregon now testing it out in its fresh form. We eagerly await results of their culinary prowess.

A note on real bacon

If you do eat meat, don’t automatically assume that all bacon is unhealthy. Quite the opposite: As long as you’re choosing organic, grass-fed bacon, made without additives, you’re getting a good deal of health benefits.

The stuff to stay away from is the processed bacon (most of what you’ll find on store shelves), which is made from conventionally-raised animals. These varieties often contain chemical additives, and the animals the meat is made from are fed GMO diets and treated poorly.

Of course, if you don’t eat meat, bacon is out. Especially if this is the case for you, you may wish to give dulse a close look as a bacon alternative. If you eat it in its fresh or dried form — and not in a processed, packaged product — it is way healthier than the textured soy protein meat substitutes on the market.

As we have reported previously, unfermented soy, which many meat substitutes are made from, can be hazardous to your health. Plus, they are highly processed, and the healthiest choice is always to stick to foods in a whole and natural form.

Other sea veggies to try 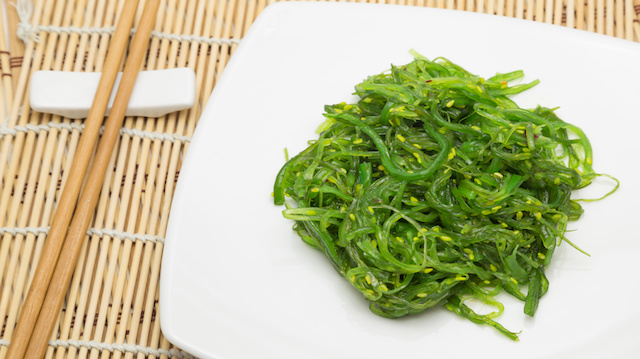 Besides dulse, there are many other delicious types of sea vegetables on the market. They may not taste like bacon, but they’ll add a world of flavor and nutrients to your dishes. The following are just a few popular types:

Kombu: Found in strip form, and sometimes in sheets, this type of sea veggie is great for use in soup flavoring and making homemade broths.

Nori: This is one of the most popular types of seaweed — you’ll know it as the wrapping on sushi rolls. It is sometimes toasted before serving.

Arame: Somewhat resembles lace, and has a milder and less “sea-like” taste than some other sea vegetables.

Wakame: You can find wakame in strips or sheets, and is a key ingredient in miso soup.

Whatever type you try, sea vegetables can be served raw, or cooked into your favorite dishes. Try experimenting with a few recipes — you may be pleasantly surprised by the results. Just make sure you always purchase a high-quality seaweed from a company you trust. As far as dulse, we hope the taste test results come back positive!