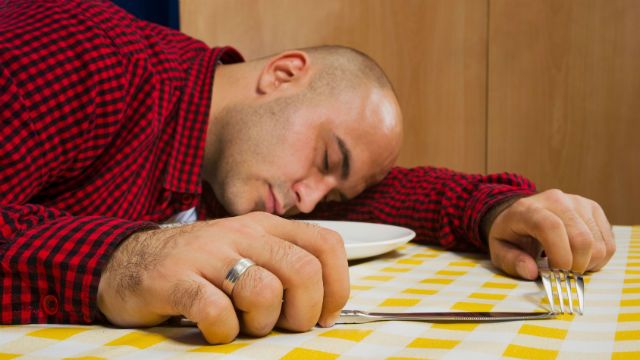 A recent news story which circulated the nation told of a couple who fell asleep literally face down in their plates of food at a Golden Corral restaurant in Georgia. While this incident was likely due to substance abuse rather than food poisoning, previous news surrounding Golden Corral has been quite unsavory.

In this recent event, police officers were called to a Golden Corral in Douglasville, Georgia to find a couple snoozing in their dinners. In a Facebook post, the Douglasville Police stated:

“The activity, or rather lack of activity, was a man asleep face down in a plate of food along with a woman sleeping next to him. The officer saved the man’s life by waking him up so he didn’t inhale food and choke, and later arrested the female for possession of a controlled substance.”

Now, we’re not trying to make light of a controlled substance arrest – the incident just reminded us of Golden Corral’s rather disgusting history. Who could forget the events of summer 2013, when an employee of a Golden Corral in Florida released a video of raw meat trays being stored outside in the sun, right next to a dumpster.

Apparently, a food inspection was taking place, and the mostly-uncovered chicken, ribs and hamburger patties were shoved outside, where they became food for the flies. If the video of the events had not been released, this meat would have likely been served to customers – and according to some reports, some of the meat already was.

While this might make some people single out Golden Corral as a buffet chain to avoid, the truth is, many other restaurants likely have or have had similar practices. Going to a restaurant is by nature a risky proposition – we do not see our food being prepared, we don’t know if everyone has washed their hands, and we cannot be sure that it was shipped, stored, cooked and served safely.

Of course, some restaurants are very careful about their safety and sanitation practices, and work hard to make sure that the food they serve is of a high quality. However, unless we know a restaurant’s management and staff well, or trust them due to an impeccable reputation, the safest – and often healthiest – choice is to cook our meals at home.