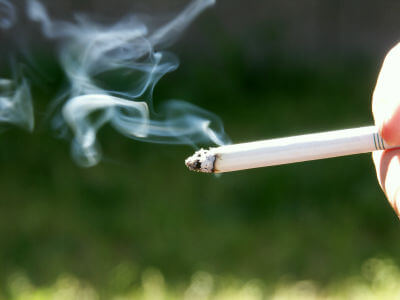 A new study performed at Weill Cornell Medical College has found that that the lung cells of smokers show damage at the genetic level which is similar to the damage seen in the cells of lung cancer patients. This damage was apparent even in smokers who had healthy chest X-rays and no damage detected by routine medical tests.

The study, published last week in the journal Stem Cells, compared 21 healthy non-smokers to 31 smokers who had normal chest exam results, normal X-rays and no symptoms of lung disease. Researchers gathered and analyzed cells from the airway linings of the participants, where the cigarette smoke comes into contact with the lung, and where lung cancer originates.

Analysis of the smoker’s airway lining cells (aka airway epithelium) showed that embryonic stem cell genes had been activated. These genes, according to Dr. Ronald G. Crystal, Weill Cornell Medical College’s chairman and professor of genetic medicine, “are not normally functioning in the healthy lung.” Embryonic stem cells are initially expressed within developing embryos, but they are also present in the most aggressive forms of lung cancer. 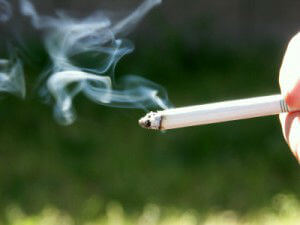 In the case of aggressive lung cancers, the presence of embryonic stem cells allows the cancer to multiply rapidly, and also spread across other organs, as the genetic programming that usually keeps cells to a specific function has become scrambled.

So, if you’re a smoker, and you feel just fine and have not had any abnormal medical test results, this study shows that everything is not, in fact, fine. If you need a good reason to quit today, this is it.