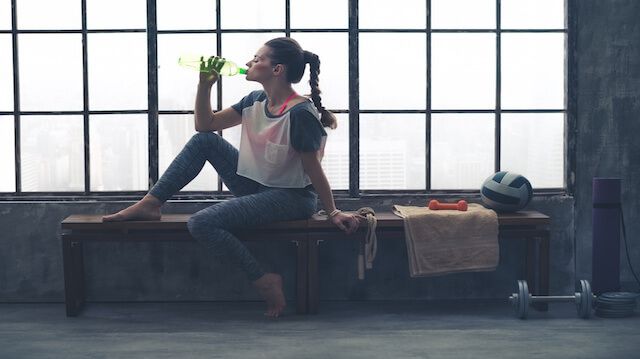 Like many products marketed to people who are trying to get in shape, sports drinks seem like a good idea. As it turns out, sports drinks may actually be contributing to the problem that sent you to the gym in the first place. From loads of sugar to potentially fatal overhydration, sports drinks aren’t all they’re cracked up to be.

What sports drinks are made to do

Gatorade, Powerade and other sports drinks are designed to replace electrolytes lost through sweat while working out. When we sweat, we lose sodium, potassium and chloride, three electrolytes that are necessary for our overall health. Some sports drinks also contain carbohydrates or caffeine for an energy boost. However, as Baylor Scott & White Health (the largest not-for-profit health-care system in Texas) notes, sports drinks’ primary purpose is to hydrate.

“The risk of adverse effects increases if [sports drinks are] consumed when no exercise is present. If an individual is already dehydrated the sugar in a sports drink may actually increase dehydration,” states the Baylor Scott & White Health reference page on sports drinks.

Surprisingly, consuming sports drinks is correlated with a number of unhealthy habits that contribute to obesity and conditions like diabetes and heart disease. In a 2014 study conducted by the University of Minnesota, researchers found that adolescents who drink sports drinks are more likely to smoke, engage in sedentary activities and drink more sugary beverages than peers.

The study found that regular sports drinks consumption was linked with increased rates of moderate to vigorous physical activity. Adolescents who drank such drinks were also likely to have participated in an organized sport in the previous year. However, subjects were also likely to play video games for longer periods of time than their peers. Boys who consumed sports drinks watched television for an additional hour per week as opposed to their counterparts.

Perhaps it goes without saying that fostering a taste for sugary drinks makes us want more of the same kind of treat. The study found that both boys and girls were more likely to consume other sugary drinks like fruit juice or soda than other adolescents. Both genders were also more likely to have at least tried cigarettes than subjects who didn’t consume at least one sports drink per week. As the study states, “The observed associations between consumption of sports and energy drinks and these unhealthy behaviors are troubling because they may indicate a clustering of problem behaviors among some adolescents.”

The American Academy of Pediatrics recommends that kids should never consume energy drinks, and they should avoid drinking sports drinks in most cases. While sports drinks can be helpful to young people engaged in exercise, the AAP states that water is the far better choice. “For most children engaging in routine physical activity, plain water is best,” said Dr. Holly J. Benjamin, MD, FAAP at the University of Chicago Department of Pediatrics. “Sports drinks contain extra calories that children don’t need, and could contribute to obesity and tooth decay.” 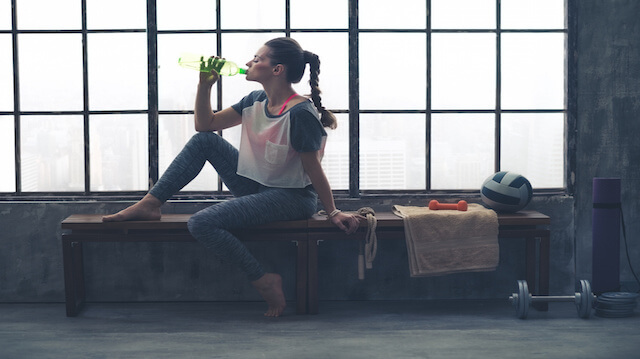 This data isn’t a warning reserved for children and adolescents. If we’re not active, we certainly don’t need the extra sugar, carbohydrates and calories in sports drinks. What’s more, we put ourselves at risk of being too hydrated if we consume sports drinks when we don’t need them, which can throw our bodies out of balance. From artificial colors and flavorings that can interfere with our endocrine system to increased overeating, sports drinks present several drawbacks for people who aren’t exercising.

When we feel dehydrated, we’d be better off grabbing a cool glass of filtered water or a bottle of coconut water. As we’ve reported, natural coconut water can replace electrolytes lost during exercise in a natural and healthier way, and with a boost of even more minerals than a bottle of Gatorade. So why stock up on the sugary, almost neon-colored sports drinks when a natural choice is so much better?