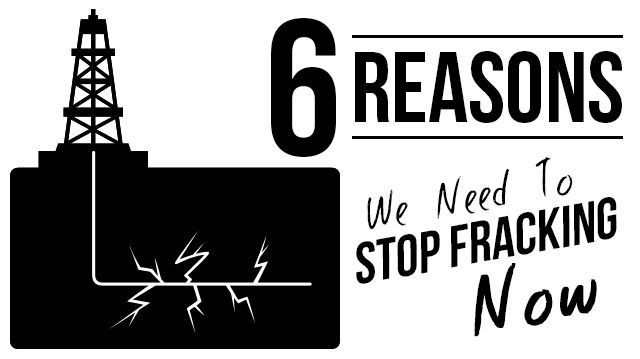 Hydraulic fracturing — better known as fracking — is a means of extracting oil and natural gas from deep within the earth. Because of fracking, US gas and oil production is skyrocketing — but there’s a serious downside to the practice which could harm all of us.

The first step in the fracking process consists of drilling wells horizontally a mile or more into the earth. The actual fracking process involves pumping huge amounts of chemically-treated water under extreme pressure into shale rock formations. The pressure and fluid cracks the formation, allowing natural gas to head towards the wells. Advocates say that fracking provides energy independence via these natural gas supplies. Opponents cite environmental and health concerns, and there is plenty of evidence to back up these assertions.

Fracking causes earthquakes. Even the United States Geological Survey (USGS) admits that, although the USGS refers to them as “extremely small.” Tell that to Oklahoma and Texas residents, who now face the same earthquake risk as people living near California’s San Andreas fault. Oklahoma previously experienced an average of two earthquakes annually registering above three on the Richter scale. Since the advent of widespread fracking, the Sooner State experienced 585 quakes in 2014, increasing to 842 in 2015. Put another way, in two years Oklahoma has suffered the number of earthquakes normally expected in 1,000 years.

Fracking consumes an incredible amount of water — eight million gallons per each fracking, according to online news magazine Alternet. Residents relying on wells for drinking water may find groundwater sources contaminated, not only affecting their health but making their homes uninhabitable. Surface waters may become contaminated from spills and leaks. In areas where water is not abundant, the amount used for fracking means less is available for domestic and agricultural uses.

Each well may produce as much as one million gallons in wastewater, which contains toxic chemicals known to cause cancer. However, fracking companies don’t have to reveal exactly what chemicals are in the wastewater, because of the so-called “Halliburton loophole,” named for the energy company that patented the process. This law exempts fracking operations from important provisions of the federal Safe Water Drinking Act. That includes revealing the exact chemicals used in the fracking process — so regulators aren’t sure what goes into the wastewater.

Fracking doesn’t involve just a single well in a large area, as with oil drilling. The process requires many wells, with production declining significantly from each well after one year. That means constant drilling, noise and environmental degradation. Simply put, fracturing operations destroy the quality of life of the rural areas in which they are most often located.

Fracking produces methane and other greenhouse gases, which contribute to global warming and climate change. Methane is far stronger than carbon dioxide in terms of trapping atmospheric heat.

Mysterious foal sickness — what it could mean for humans

Jeff Gural is one of the prominent names in harness racing. He owns the Meadowlands in New Jersey, the nation’s premier Standardbred racetrack, as well as Tioga Downs and Vernon Downs in New York. It is on his Pennsylvania breeding farm, however, that equine health issues possibly related to fracking arose. A natural gas well was drilled next to the property line in 2011, and there are others within five miles of the property. To date, 17 foals at the farm were born with dysphagia — difficulty in swallowing — and their mother’s milk would go into their lungs instead of their stomachs, causing pneumonia. The foals required emergency treatment at Cornell University College of Veterinary Medicine, and all survived. However, the bills were steep, and it is unlikely horse owners who aren’t multi-millionaires could afford the treatment.

Mares on the farm are also experiencing a high rate of issues with their reproductive cycles. Gural has another breeding farm in New York, and some mares move back and forth between the two sites. All of the affected foals had one thing in common: their mothers drank water at the Pennsylvania farm. Cornell University researchers are now conducting a study of the air, water and soil at the farm, and monitoring the horses. The larger question under study, according to the Ithaca Journal, is whether shale wells “cast chemical fallout on nearby soil, air and water that cause sickness in the general population.”

Contact your legislators at the local, state and federal level and tell them to protect the environment and stop fracking. Politicians might rely on money donated by large energy companies, but they must listen to the concerns of their constituents to stay in office.