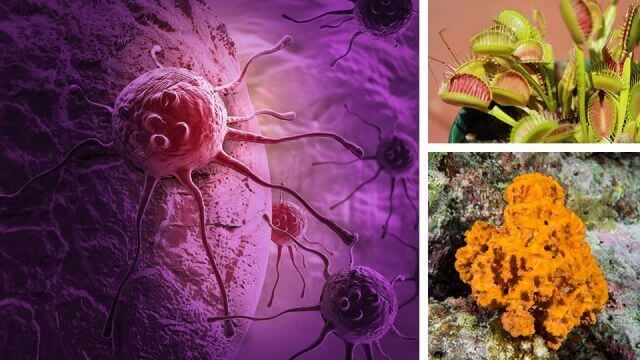 Western medicine would have us believe that the only solution to cancer is chemotherapy, radiation therapy, immunotherapy, hormone therapy or any combination of the above.

Practitioners recognize that these therapies are harsh at best, and present their own heady collection of nasty side effects that sometimes equal or even surpass those brought on by the cancer itself. People lose their hair, suffer extreme debilitating headaches, develop temporary or even permanent memory loss, and run the risk of exposing their vital organs to irreparable damage.

The side effects of those therapies, however, are seen as a necessary part of cancer treatment. Kind of like a “no pain, no gain” sort of scenario, pushed to the absolute extreme.

Myself, I’m a firm believer in exploring natural, more holistic options before resorting to the drastic measures presented by conventional medicine. Why would I risk making the situation worse with chemo when I could potentially treat the cancer with a far friendlier alternative?

You’ve probably heard about some of those friendly alternatives. Anthocyanins from certain berries, vitamin C from citrus fruits, vitamin E from olive oil, healthy saturated fats from avocados. These are all considered superfoods in their own right, and those who want to keep cancer well off their radar usually make a point of including them in their daily eats.

But what about the weirder remedies? Those anti-cancer foods and treatments that you’ve heard people muttering about, but never took much stock in the rumors? In this post I’ll explore some of the strangest cancer remedies on the planet, and whether they’ve actually made a difference in treating cancer.

Yes, you heard right — sponges! Not the kind you’ll buy shrink-wrapped in your supermarket store, but the organisms that live on the seafloor. Several species of sponge that live in the deep sea around the Bahamas have shown particular promise in the treatment of cancer.

In a 2010 article published in Cancer Letters, scientists note that “natural compounds derived from marine organisms have shown a wide variety of anti-tumor effects and a lot of attention has been drawn to further development of the isolated compounds.” One such compound — discodermolide — is a polyketide found in deep-sea sponges that has been shown to inhibit cell growth by binding to and stabilizing microtubules.

Another study notes that “agents that bind to microtubules have been part of the pharmacopeia of anticancer therapy for decades and until the advent of targeted therapy, microtubules were the only alternative to DNA as a therapeutic target in cancer.” Time to bring back the microtubules as a natural, modern cancer remedy? I think so!

Take a short hop from the deepest reaches of the Caribbean Sea (which admittedly isn’t that deep, as far as oceans go) to the sun-drenched vistas of nearby Cuba, and you might just find the next strange cancer remedy!

According to some reports, diluted venom extracted from Cuba’s blue scorpion has the potential to kick cancer right in the nether regions. While still very much in the research phase, certain compounds found in the venom show great promise, with a 2013 study finding that “the scorpion venom from R. junceus possessed a selective and differential toxicity against epithelial cancer cells.” The authors went on to conclude that blue scorpion venom is a promising “natural product for cancer treatment.”

The fact that the poisonous venom from something freaky like a scorpion might actually make a viable cancer remedy might be news to you, but the scientific community has been studying its potential for years. A 2010 study, for example, showed that Tityus discrepans scorpion venom-induced apoptosis (cell death) in human breast cancer cells, while another 2011 study showed that Odontobuthus doriae scorpion venom also showed great promise as a treatment for breast cancer.

But before you go reaching for the nearest scorpion scuttling by, maybe leave this one to the experts.

If it was possible to find a weirder cancer remedy than deep-sea sponges or scorpion venom, then Venus flytraps are surely the answer. Believe it or not, extracts taken from certain species of Venus flytrap, particularly Dionaea muscipula, have long been used in traditional medicine as a popular cancer remedy.

But more recently, science has proven that Venus flytraps do, in fact, contain powerful compounds that can be used to treat cancer. One such compound, plumbagin, “has been shown that plumbagin induces cell death, affects many hallmarks of cancer, interacts directly with cancer targets like tubulin, inhibits ABC transporters, is well absorbed by the organism and can be present in the organism at a micromolar concentration.”

There are plenty more powerful anticancer compounds where that came from, including quercetin, myricetin, ellagic acid and vanillin.

This one might not be quite as weird as the rest, but it turns out that mistletoe you’ve been snogging under every Christmas can provide an effective natural cancer remedy! According to a study published in the 2010 annals of Current Molecular Medicine, “the anti-tumor effects of mistletoe are well documented in-vitro in respect to inhibition of cell proliferation, induction of apoptosis, segmental activation of immune competent cells and trapping of chemotherapeutic drugs within cancer cells by modulating the inhibitory potential of P-glycoprotein-mediated transport of cell toxifying substances (cytotoxic drugs).”

That might sound like a whole lot of scientific mumbo jumbo, but what it means is that not only can European mistletoe extract be used to treat the cancer itself, it can also be taken as a supplement to minimize the range of adverse side effects brought on by conventional medical cancer treatments. That’s truly impressive stuff, in my books.

The takeaway? Effective cancer remedies are all around us, in the foods we eat and even the bugs we run away from! Isn’t nature awesome?