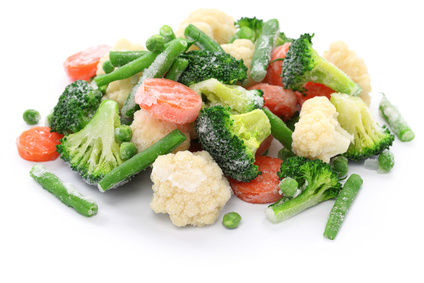 The ongoing—and worsening—news about the Fukushima nuclear disaster has many people worried about radiation. In a piece of encouraging news, however, a new study  has found that a compound found in cruciferous veggies protected rats against lethal radiation doses.

It has been long known that cruciferous vegetables, which include cabbage, kale, Brussels sprouts, bok choy, cauliflower and broccoli, have many health benefits: multiple vitamins, minerals, such as folic acid, magnesium and potassium, omega-3 fatty acids and phytochemicals, to name a few.

Previous research has associated DIM (3,3’-diindolylmethane), a compound found in this powerhouse veggie family, with potentially aiding in cancer prevention. Dr. Eliot M. Rosen, the corresponding author of the new study, says, “DIM has been studied as a cancer prevention agent for years, but this is the first indication that DIM can also act as a radiation protector.”

Dr. Eliot, along with a research team from the Georgetown University Medical Center, administered lethal doses of gamma ray radiation to a group of rats. Some of these rats received one daily injection of DIM for two weeks afterwards, with the first injection administered 10 minutes after the exposure. A control group of exposed rats was left untreated.

When results were assessed 30 days after the rats were exposed to the radiation, all of the rats that had not been treated with DIM were dead. However, “well over half” of the rats that received DIM treatments were alive, and also showed less reduction in red blood cells, white blood cells and platelets.

Dr. Rosen writes, “DIM could protect normal tissues in patients receiving radiation therapy for cancer, but could also protect individuals from the lethal consequences of a nuclear disaster.” He adds that the DIM protected against radiation when the injection was given 24 hours before the radiation exposure, and had the same protective effect if given up to 24 hours afterwards.

Just one more reason to try those delicious kale recipes, and to have plenty of cruciferous veggies around just in case! According to WebMD, in order to maintain optimal phytochemical content from this vegetable group, it is best to eat them raw or lightly steamed.