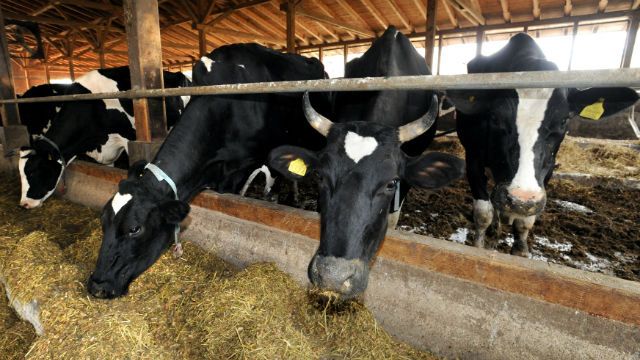 A new study published in Cell Metabolism found that middle-aged adults that habitually consumed a large amount of meat and dairy were four times more likely to die of cancer than those that did not. This has been equated with the approximate risk that pack-a-day smokers have of developing cancer over non-smokers.

The study analyzed the data of 6,318 people over the age of 50 for a span of 20 years. Their protein consumption was tallied, with a differentiation made between animal proteins and plant proteins. Also studied were the individuals’ levels of the growth hormone IGF-1, which is influenced by protein, and has been linked to cancer risk.

Results of the analysis showed that the individuals between the ages of 50 and 65 who ate the most animal proteins had a higher risk of cancers, diabetes and mortality. They also showed that high levels of IGF-1 increased the connection between protein, disease and early death. However, the researchers also found that in individuals aged 65 and over, high animal protein consumption did not increase cancer risk.

This study has been met with a lot of criticism. Dr. Gunter Kuhnle, a food nutrition scientist at the University of Reading in the United Kingdom says, “while this study raises some interesting perspectives on links between protein intake and mortality… It is wrong, and potentially even dangerous, to compare the effects of smoking with the effect of meat and cheese.”

Dr. Kuhnle’s statement rings especially true considering that no distinction was made between the types of meat and dairy consumed: a grass fed steak does not equal a McDonald’s hamburger patty in nutrition and safety.

Conventionally raised cattle in the United States are routinely injected with various growth hormones, many of which are banned in the European Union and multiple other nations due to their potentially carcinogenic properties.

Some of these growth hormones act very similarly to endocrine disruptors in the body, skewing hormones and paving the way for a variety of cancers to develop. Additionally, conventionally raised cattle are given antibiotics on a routine basis, and fed cheap feeds that are largely based on genetically modified corn.

Note: Grains are not a natural food for cattle.

The carcinogenic probability that has been linked to these chemicals, not to mention the additives, preservatives and acrylamides in many processed and fast food meat and dairy products, means that there is a high likelihood that the cancer blame found in this study can be placed on these substances, rather than attributed to meat and milk themselves.

What about grass fed meat and milk products that come from cattle that have not been given growth hormones or antibiotics? These cattle are allowed to roam and eat grass, their natural diet. As a result, their meat and milk is more nutritionally dense.

Compared to meat from conventionally raised cattle, grass fed meat has been found to contain higher levels of vitamins A and E, as well as more heart-healthy omega-3 fatty acids.

It also contains higher concentrations of conjugated linoleic acid (CLA), a monounsaturated omega-6 fatty acid that has been linked to lowered inflammation and lowered heart disease and cancer risk.

Another well-kept health secret is the value of raw, unpasteurized milk from grass fed cows. This milk retains important vitamins, minerals, enzymes and probiotic qualities that are largely depleted when the milk undergoes pasteurization.

It contains Lactobacilli bacteria, which nullifies the lactose in the milk which many people are sensitive to. Raw milk also has higher levels of CLA, and has been linked to reduced cancer risk. Unfortunately, raw milk is currently illegal to sell in many US states, and is illegal to sell across state lines.

More research is needed to compare various protein types and their sources to cancer and mortality risk, and it may well prove that growth hormones, antibiotics, GM feeds, chemical additives and deep-frying contributed significantly, or perhaps even entirely, to these results.

Until it is proven otherwise, we feel that grass fed meats and (ideally raw) milk dairy products can be very beneficial to a balanced diet of whole, organic foods that come from nature.