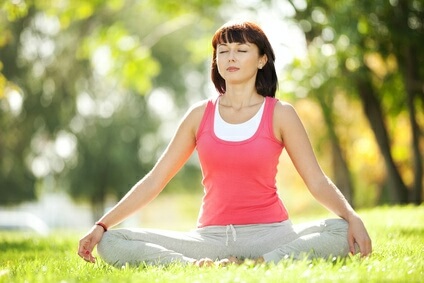 Many of us have heard that meditation has an array of benefits, but are unsure as to specifically what they are. We have heard that it promotes mental clarity and relaxation, but so does a walk in the park. So the question remains, what are the specific benefits of this ancient practice, and is there any scientific evidence for them? The answer can be found in analyzing the effects of meditation on the human brain.

A Harvard Medical School team led by Sara Lazar, PhD, hypothesized that long-term meditation may actually change the brain’s physical structures. Using magnetic resonance imaging (MRI) technology, she and her team studied the brains of 20 subjects, who were experienced in insight meditation, a form of meditation that is centered on internal experiences.

The study specifically measured the thickness of the cerebral cortex, including the pre-frontal cortex, of the test subjects, the areas of the brain responsible for attention, sensory processing and complex cognitive skills. The results confirmed the team’s hypothesis. As Dr. Lazar summarizes, “the brain regions associated with attention and sensory processing were thicker in meditators than in the controls. These findings provide the first evidence that alterations in brain structure are associated with meditation practice.”

In a similar ongoing study, Andrew Newberg, MD, used single photon emission computed tomography (SPECT) brain imaging technology to analyze the brains of experienced Tibetan Buddhist meditators. This type of imaging displays the amount of blood flow in certain brain areas, therefore, highlighting how much activity is occurring in those regions. SPECT images of the meditators’ brains taken during the process of meditation showed that the frontal lobes were more active during meditation.

The frontal lobes of the brain, and especially the pre-frontal lobes, are the newest and most recently evolved. They are responsible for abstract thought, creativity, idealism and concentration, and are therefore, paramount to our ability to experience satisfying and fulfilled lives, and our ability to use our brains to their fullest potential. The frontal lobes are interconnected with the limbic system of the brain, the ancient center responsible for both emotions and survival instinct. As the frontal lobes receive messages, they interpret them and signal the limbic system to produce the appropriate emotional responses.

Several studies of those who meditate regularly showed increased activity in the left frontal lobe along with its relation to the limbic system, signifying increases in positive emotions and higher levels of happiness, focus and higher thought. Other studies have documented increases in serotonin, dopamine, melatonin and endorphins, in the limbic systems of meditating test subjects.

In essence, these studies confirm that meditation can lead to increased mental clarity, happiness, cognitive reasoning and, therefore, a more positive quality of life. What’s more amazing is that these effects are not fleeting; the brain structures are actually permanently changed by meditation. It is highly likely that areas such as the pre-frontal cortex continue to thicken and develop the more meditation is practiced. In these ways, meditation can lead to a significantly more satisfying level of human experience.