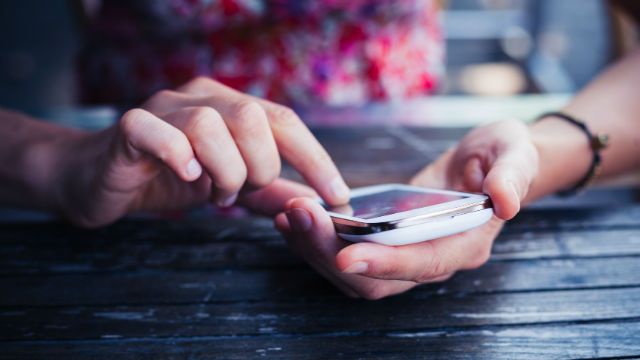 That ache in your neck and pain in your back might be caused by using your phone. It’s being referred to by some as “text neck”, and could be an epidemic in the making.

Experts have found that merely holding your head at an angle to view your cell phone screen for long periods of time, or repeatedly throughout the day, can lead to early degeneration of the spine.

The hidden danger of texting

According to a study published in Surgical Technology International’s 25th edition, the average person exerts 60 pounds of pressure on their neck when tilting their head forward to a 60-degree angle.

Simply put, as you idly tilt your head to read your text messages, or scroll through Facebook, you are causing stress and probable injury to your neck and spine. Hansraj also pointed out that his assessment was only on forward tilts of the head, and different outcomes could happen from also leaning it to the side.

Teens could be at the greatest risk

An article by The Washington Post recently compared 60 pounds of pressure to carrying an 8-year-old child around your neck. When you consider that most people with smartphones tend to spend between two to four hours a day leaned over their phones, that is a long time to sustain that heavy pressure.

The average teenager is likely to spend the most time in this position, for possibly up to 5,000 hours per year.

Hansraj stresses that with this type of excessive strain on young teens, they may find themselves in need of spinal care much earlier than expected. This is not surprising, given that medical experts have been saying for a long time that every inch the head is tilted forward doubles the pressure on the spine.

In his interview last year with CNN, Tom DiAngelis, president of the American Physical Therapy Association’s Private Practice Section said, “as you stretch the tissue for a long period of time, it gets sore, it gets inflamed.” He explained that this could cause pinched nerves and herniated disks, and possibly change the natural curvature of the neck.

The best way to protect yourself is simply being aware of your head and neck positions while enjoying your smartphone or other devices. The best position is holding your head straight up, keeping your neck in proper alignment with your shoulders and back. Try looking down with your eyes, without bending the neck.

Also, put the phone down every once in a while!