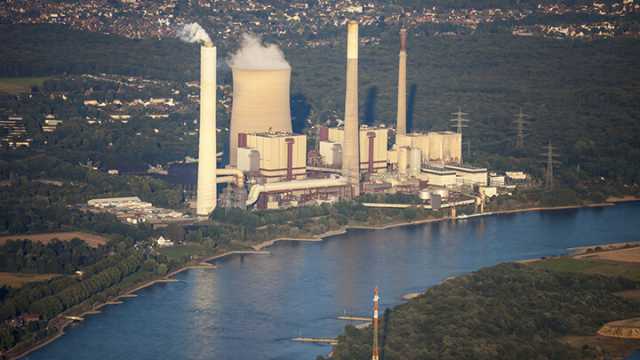 We’ve given lawsuits a bad rap over the years. We’ve seen numerous examples of phony or embellished claims by plaintiffs in the hopes of receiving a financial settlement. These examples have conditioned us to believe that most suits are meritless — a money grab and nothing more.

We forget that the purpose of a lawsuit is actually to create a more fair world. So, what happens when today’s young people notice that the actions of the current generation will have negative impacts on their ability to lead healthy lives as adults?

If the actions of the current generation are creating an unhealthy planet for the next generation to inherit, does that fall under the jurisdiction of the courts to protect? A group of 21 teenagers believes it does, which is why they are suing the government. In fact, this is not the first such lawsuit, but it has gone further in court than any other suits before it.

Kids vs. adults: the ultimate battle

This has been brewing for years — decades even. First, we wanted them to eat vegetables, go to bed at a certain time and clean up their toys. Later, we said they had to go to school, stop playing video games and delete their Snapchat app. But then, when kids got to high school, they learned that adults were even more out to get them than they previously thought. Lousy adults are literally destroying the very planet they stand to inherit!

It’s actually surprising that kids are as nice to us as they are, all things considered.

Legal motions by Our Children’s Trust

Our Children’s Trust files legal motions on behalf of young people who have been impacted by climate change. They have launched legal actions in all 50 states. Some lawsuits have gotten farther than others. The most recent federal case has gotten farther than any of them.

Julia Olson, a lawyer who had worked with environmental organizations for 15 years, founded the organization. After becoming a mother, Julia realized the greatest threat to her children’s well-being was climate change.

In May of 2011, Olson and Our Children’s Trust filed a landmark federal lawsuit against the government. The suit alleged that the government’s subsidizing of the fossil fuel industry and inaction on climate change is detrimental to the plaintiff’s pursuit of life, liberty and property. Additionally, the suit contends that the government had violated the public trust doctrine, which requires it “to protect and maintain survival resources for future generations.”

The legal team argued that based on the evidence provided by Dr. James Hansen and other leading climate researchers, that government policies were inadequate to protect the survival resources (i.e., a stable climate) that young people will need in the future.

The plaintiff was Alec Loorz, 15 at the time of the filing. Al Gore’s documentary “An Inconvenient Truth” inspired Loorz to become involved. He also decided to take part in another Gore program called “the Climate Reality Project.”

The program involves trained speakers delivering the key messages from the documentary in person to predominantly young people, but also attendees of all ages. Afterward, the speaker will encourage the people in the room to develop their own projects to increase awareness about the climate crisis. This experience led Loorz to form his own youth-based initiative “Kids vs. Global Warming,” which now goes by the name “iMatter.”

But back to the lawsuit, a judge ultimately dismissed the case of “Loorz vs. McCarthy.” The U.S Supreme Court decided not to hear the case. That was just a setback, however. The work of Our Children’s Trust and the youth climate advocates continued on.

“Plaintiffs filed this action against defendants the United States, President Barack Obama and numerous executive agencies. Plaintiffs allege defendants have known for more than 50 years that the carbon dioxide produced by burning fossil fuels was destabilizing the climate system in a way that would significantly endanger plaintiffs, with the damage persisting for millennia.” – Judge Aiken’s ruling from November 10, 2016.

Our Children’s Trust launched a similar federal lawsuit last October, this time with 21 young plaintiffs and Dr. James Hansen, who is acting as guardian of future generations and his granddaughter.

Last month, U.S. District Judge Ann Aiken rejected the government and industry’s plea to throw out the case. This lawsuit, unlike the last one, is heading to trial. The judge set a case management meeting for February, with the hopes of a trial date in mid-2017.

“Exercising my ‘reasoned judgment,’ I have no doubt that the right to a climate system capable of sustaining human life is fundamental to a free and ordered society,” said Judge Aiken.

Did the government violate the public trust doctrine?

The government has a legal obligation to protect the resources necessary for human survival. Their inaction on climate change can be interpreted as violating the public trust doctrine. Unfortunately, this case falls into a few vague areas, ones that have rarely been successfully litigated.

Actions with long-term consequences and complicated cause-and-effect relationships are just a few of the hurdles the legal team faces come trial time. Still, some believe that with a new administration set to take over the White House, this lawsuit is the best chance for forcing federal action on climate change.

Alec Loorz, the plaintiff in the first lawsuit, is still involved with iMatter. “I was surprised that our case got as far as it did, and it’s exciting that this one is moving forward,” he said. “But it’s a little bit depressing that we need to take an action like this in order for anyone to take us seriously. Even though the science is so clear, even though it’s clear to so many people that we’re in a dangerous position, a lot of people in power just don’t want to act.”

You can help these litigious kids in their efforts by signing this letter endorsing their cause. If you are a youth (or know someone who is), get involved just like Alec Loorz did. His organization lists numerous ways youth can get involved on the website.

Additionally, Our Children’s Trust accepts donations from concerned individuals of all ages who believe their work represents an opportunity to change the world for the better.