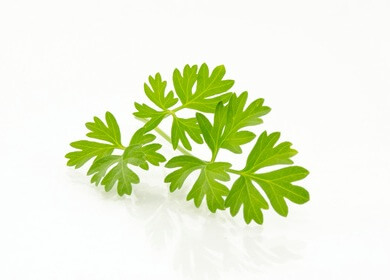 Many people think that coriander is a relative of cilantro when, in fact, they are one in the same. Cilantro is actually the Spanish word for the Latin plant Corandrum sativum, which is a fast growing annual herb that thrives in the cooler weather of spring and fall.

In America, the plant leaves and stalks are called cilantro and the seeds are known as coriander. To make matters even more confusing, the herb is sometimes referred to as Chinese or Mexican parsley. In the United Kingdom, the word cilantro does not exist and the plant is called corian and the seeds coriander seeds. From a technical perspective, coriander refers to the whole plant.

This member of the carrot family seems to have lots of fans but also plenty who despise its taste. For some people, the herb seems to taste soapy and taste experts have yet to figure out why but think it may have something to do with our smell genes.

The full-bodied flavor of coriander has been enjoyed for thousands of years. The Ancient Greeks used it as an essential oil and an important ingredient in perfume. In the medieval times, the Romans used it to mask the smell of rotten meat.

Chopped fresh cilantro leaves are a popular addition to a number of Thai, Mexican and Asian dishes as well as pesto, chutney, salad dressing and salsa. Coriander seeds look like tiny balls and are often used whole or ground for seasoning. Whole coriander seeds are often put in curries, pickles, soups and stews.

The seed oil is used in a number of herbal remedies and dietary supplements and to flavor gin, tobacco, liqueurs, tobacco and perfume.

Cilantro is touted as being an incredibly effective toxic metal cleaner, it is for a fact, a very strong natural cleansing agent. The compounds in cilantro bind to toxic metals and help release them from tissue.

People who are suffering from mercury exposure, which often leads to disorientation, report feeling more centered after taking large amounts of cilantro over a long time period.

Heavy metal poisoning is a very serious health problem that is more common than people may think. Dr. Yoshiaki Omura, founder of the International College of Acupuncture and Electro-Therapeutics found that patient’s urine had higher than normal levels of mercury when they ate soup containing cilantro.

Dr. Omura says that anyone can do a heavy metal detox at home when they include large amounts of cilantro in their diet. 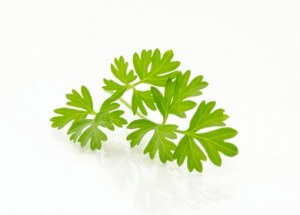 Mix all ingredients in a food processor and serve with fresh vegetables, fish or organic potatoes.