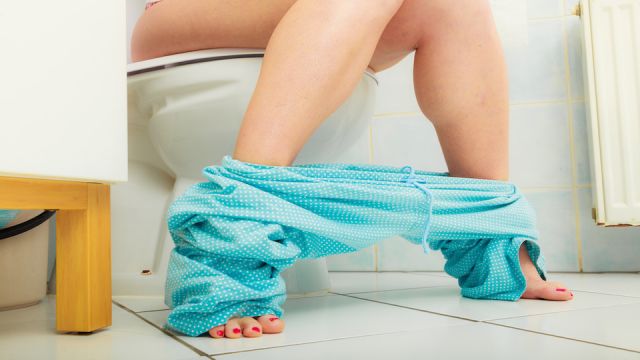 Although it might not be the best topic for a first date or a dinner party, poop or human excrement is actually rather an important subject to consider. Equally as important as what you put in your body is what comes out! Poop can tell you a lot about the shape of things on your insides and what you may need to change in order to be as healthy as possible. Poop can give us warning signs about our health that require we pay attention to not only our elimination schedules but also the actual elimination itself.

Here are seven things that you might not know about poop but should.

Poop is mostly water and some other “stuff”

Water makes up about 75% of a “movement.” The additional components are a stinky combination of fiber, dead and live bacteria, cells and mucus. Soluble fiber from foods including nuts and beans are broken down and form a gel-like substance that also becomes part of your poop. Other foods that contain insoluble fiber from food such as corn, oat bran, and carrots are also present. Because this fiber is harder for your body to digest, it may appear in your poop looking much the same way it did when you ate it. Don’t be alarmed! This is totally natural.

Stool color can vary a great deal – mostly depending on what you have eaten and a few other factors. You may pass a bright red stool and become seriously alarmed only to remember that you ate a plate full of beets. If you love leafy greens, you may have frequent stools that have a green hue to them. Some medications can also change the color of poop, so it is important to know if this is a possibility with the meds you may be taking. One thing you should always be cautious of is a stool that is jet black. Although this can be caused by licorice or an iron supplement – it can also indicate bleeding in the upper gastrointestinal tract.

Not all poop smells awful

Suffice it to say; poop won’t soon be bottled as a fragrance. However, stools that smell really bad can be a sign of something gone wrong. Poop that smells really off may be a sign of an infection. An awful smell may indicate a stomach bug caused by the parasite giardia – which is usually ingested when swimming in freshwater lakes. A foul odor can also point to the more severe conditions of ulcerative colitis, celiac disease or Chron’s disease.

Healthy poop sinks to the bottom of the toilet

Listen carefully as you eliminate. You should hear the sound of your stool hitting the water and sinking to the bottom of the commode. If your stool floats, it may be an indication of too much fat which may also indicate malabsorption. If you are suffering from malabsorption, it basically means that you can’t absorb enough fat or nutrients from your food. A floater may also point towards celiac disease or chronic pancreatitis.

There is healing power to be found in poop!  It might sound icky and gross, but fecal transplants can be beneficial for individuals with extreme cases of intestinal Clostridium difficile (C. diff) infections. C. diff can run out of control due to antibiotic overuse and when probiotic consumption does not restore gut health. C. diff is an infection that can flourish within the intestines when antibiotics are repeatedly prescribed. Unfortunately, although antibiotics can effectively kill many infectious agents, they also kill beneficial bacteria that are needed for optimal health in the gut. When out of control, C. diff can throw the entire intestinal and immune system out of whack.

Doctors have found that reintroducing filtered stool into patients’ intestinal systems is the best approach to dealing with extreme C. diff infections that are not resolved with probiotics and antibiotics. Donor stool is taken from a close relative or partner and ground up. The solid material is filtered, and the remaining material is placed in a sterile suspension solution. It is then injected via a colonoscopic procedure into the patient’s body.

It isn’t a good idea to read on the toilet

It matters if you are a consistent pooper

If you hit the bathroom at the same time each morning that is a good thing, if you go for days without pooping this too could be a good thing. The key here is consistency. Knowing what is normal for you is really important. If you have a big decrease in your stools, it could be because of a change in diet, but your poop output could also be impacted by more serious things such as a gastrointestinal disorder, an overactive thyroid or even colon cancer.

Interestingly enough, culture plays a role. For example, South Asians eliminate three times as much stool as British people do. This is mainly do to a large amount of fiber in the traditional Indian diet.

Did you know? The average American will create five tons of poop in their lifetime!