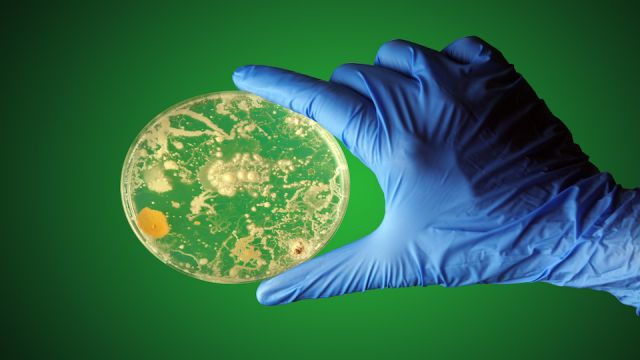 As summer approaches, many of us are joyously planning summer vacations on the beach to kick back and relax. However, you may want to think twice about sticking your toes in the water with this flesh-eating bacteria on the loose. Recently, two men in the Sunshine State have succumbed to necrotizing fasciitis and watched in horror as this bacteria began to eat away at their skin. Read on to find out what happened and how you can stay safe on your next trip to the ocean.

Barry Briggs didn’t notice anything strange after a boating trip with his brother-in-law to the Weedon Island Preserve in Tampa Bay. However, this Ohio man’s relaxing trip to visit family quickly turned into a fight for his life just a few days after his exposure to the water. Following his day soaking up the sun and waves, Brigg noticed that his foot was slightly puffy. Chalking it up to his sunburn, he boarded his flight to Ohio and didn’t think much of it.

As the flight progressed, however, so did the swelling and he was rushed to Miami Valley Hospital immediately after touching down in Dayton. Doctors quickly diagnosed him with necrotizing fasciitis which is a rare bacterial infection that quickly spreads through the body. Only around 700 to 1,200 cases of necrotizing fasciitis are reported each year in the United States, and the diagnosis is usually grim with death occurring in 1 out of every 3 people who develop it. After 11 long days in the hospital and numerous surgeries and skin grafts, doctors were able to save Briggs foot, and he is on the road to recovery.

Only a few weeks later, however, Florida native Mike Walton, became the second recent victim of this terrifying disease. This fisherman was angling in the Gulf of Mexico when a fish hook cut his hand. Hours following the incident, Walton was admitted to Tampa General Hospital out of concern for the growing black blister on his skin. The wound was treated, and Walton underwent surgery and was placed on an IV for the administration of antibiotics. Doctors informed him that due to the rapid progression of the infection, they may be unable to save his arm.

This bacteria is often sensationalized in the media as “flesh-eating.” Though this term is graphic, it is not too far from the truth. Necrotizing fasciitis can be caused by numerous types of bacteria, however, according to the United States Centers for Disease Control and Prevention (CDC), the most common cause is a bacteria group known as A Streptococcus. This same group can cause relatively minor illness such as strep throat.

The CDC states that this disease “can lead to sepsis, shock, and organ failure. It can also result in life-long complications from loss of limbs or severe scarring due to surgically removing infected tissue.” It causes the tissue to die and skin to decay at a rapid pace that can only be curtailed by quick diagnosis, antibiotic administration, and surgery.

How do you contract it?

According to the CDC “The bacteria most commonly enter the body through a break in the skin, including:

You are at higher risk for contracting necrotizing fasciitis if you have conditions that cause a weakened immune system such as diabetes, kidney disease, cancer, or scaring of the liver. However, these health issues simply increase your risk. It is still possible to develop this disease even if you have no underlying health concerns.

How to stay safe

Any bacterial skin infection is best prevented by following proper wound care and getting immediate medical attention if you notice any of the following symptoms after an illness or injury: