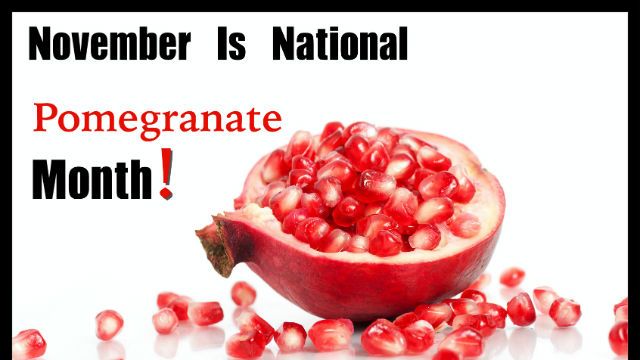 Did you know that November is National Pomegranate Month? If you’ve never tried this exotic fruit, now might be a good time. Pomegranates have a tough outer layer, with the only edible parts being the juice and the seeds. Fresh pomegranates can be purchased in most grocery stores from September through January.

One of the oldest known fruits, found in writings and artifacts of many cultures and religions, the pomegranate is also one of the healthiest fruits, nutrient-dense, packed with antioxidants and revered as a symbol of health, fertility and eternal life.

Previous research has found that the potent antioxidant compounds found in pomegranates have the ability to reduce platelet aggregation and naturally lower blood pressure, factors that prevent heart attacks and strokes.

Pomegranates have been shown to inhibit breast cancer, prostate cancer, colon cancer, leukemia and to prevent vascular changes that promote tumor growth in lab animals. In a 2009 study, men who had previous surgery or radiation for prostate cancer and had a rising PSA test were given 8 ounces of pomegranate juice daily. After 13 months, 35 percent demonstrated decreased PSA levels.

Supporting joint health and reducing the pain of arthritis

The antioxidants in pomegranates may help to reduce inflammation that contributes to cartilage damage in the joints, a key factor in the pain and stiffness felt by many osteoarthritis sufferers, according to research published in the Israeli Medical Association Journal.

As pomegranates are rich in antioxidants, particularly ellagitannin compounds like punicalagins, they’re known to help the body resist cellular damage and aging caused by everyday exposure to pollutants.

Due to the potent phytochemical compounds found in pomegranates, the fruit is even known to positively affect the brain’s estrogen and serotonin receptors, reducing the feelings of hopelessness or depression. A study conducted by Japanese researchers found that administering pomegranate extract to a group of rats whose ovaries had been removed seemed to lower their indicators for depression as well as anxiety. 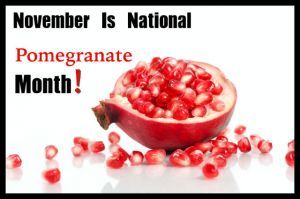 One problem with pomegranates is the perception that they’re difficult to eat. The easiest way to get to the juicy, edible seeds is to cut the “crown” off the pomegranate. Next, score the outer rind into sections. Soak the pomegranate in a large bowl of water for a few minutes. While holding it under water, break the rind sections apart. Roll out the arils, the delicious part covering the seeds, with your fingers. The arils will sink to the bottom of the bowl and the membrane and rind will float. Strain the arils from the water. They can be eaten fresh or used in used in all types of recipes, such as salads, dressings, sauces, stews and desserts.