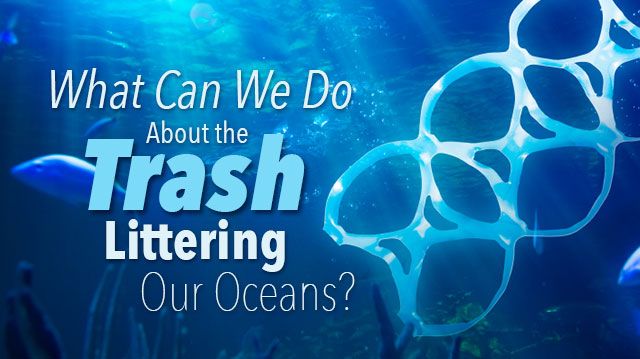 A new report released by the World Economic Forum and the Ellen MacArthur Foundation includes some highly disturbing statistics regarding our oceans. The authors predict that by the year 2050, our oceans will contain, by weight, more plastic than fish.

The report, entitled “The New Plastics Economy: Rethinking the Future of Plastics,” was recently presented at the World Economic Forum’s annual meeting, which was held in Davos Klosters, Switzerland.

Along with the harrowing prediction that plastic waste in the ocean may soon outweigh fish, the report states that because most plastic packaging is only used once, 95 percent of the value of plastic packaging material is lost to the economy. This translates to between 80 and 120 billion dollars, utterly wasted.

The report offers some suggestions for how we can create, “an economy where plastic never becomes waste.” These suggestions include:

We have recently reported on innovative engineering teams developing bio-plastic made from shrimp shells and from food waste. Both of these types of plastic are biodegradable. While these ideas are exciting, indeed, they are still in development, and need to be made cost-effective. More funding towards these projects would be excellent.

One recent innovation that could make waves as far as cleaning up our oceans is the Seabin. The Seabin, developed by Andrew Turton and Pete Ceglinski of Perth, Australia, is a bucket connected to a water pump that sucks up oil and garbage in surrounding seawater. The Seabin also contains a system that separates oil and other compounds from seawater before releasing the clean water back into the ocean.

According to Richard Talmage, a spokesperson for Seabin:

“It essentially works as a similar concept to a skimmer box from your pool filter.” 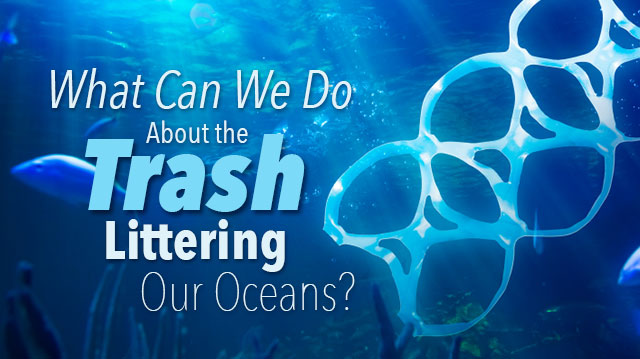 “By working with these  marinas, ports and yacht clubs we can locate the Seabin in the perfect place  and mother nature brings us the rubbish to catch it. Sure we can’t catch everything right now but it’s a really positive start.  It’s a big mission, but it can be done.”

While the bucket only works on a small scale, it is a great start. By January 2016, Seabin had surpassed its crowdfunding goal of $250,000 by 15 percent. We await news of this ingenious device’s application.

However, the question remains: What can all of us do now to at least keep our oceans from getting more polluted? One big thing is to reduce our dependence on plastic. Growing our own food, avoiding packaged foods, carrying reusable grocery bags, and using glass whenever it is appropriate are just a few suggestions.

Recycling, as the World Economic Forum’s report states, is also key. If your area does not have a recycling program, or if the recycling program is lacking, you may wish to contact your local Chamber of Commerce to see what can be done. Sometimes, all it takes to get such a program in place is a bit of community involvement.

Although these may seem like small steps — and our oceans are vast — every little bit helps. If we want a future where the fish thrive, and the seas are not choked with plastic junk, the time to act is now.