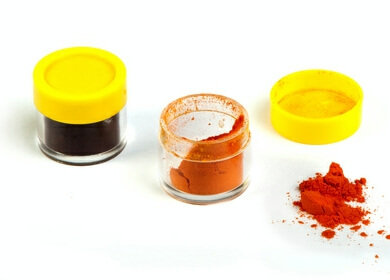 Hostess made an announcement this past weekend that their beloved Twinkies and other snack cakes would be back on store shelves starting July 15. The company noted via Yahoo News that, “based on the outpouring of nostalgia sparked by its demise,” they are “expecting a blockbuster return.” Hostess says the cakes will “taste the same,” but that the boxes will now bear the tag line: “The Sweetest Comeback In The History Of Ever.”

While many Americans do associate Twinkies with fond childhood memories, when it comes to this highly processed toxin-laden dessert, this memory is better off left in the past. Each Twinkie contains 37 ingredients; based on this alone, we know this is probably not something that is good for us.

But how bad is that Twinkie? Here is a look at just six of the most toxic ingredients that make us not rejoice about its comeback.

Red 40 is used in that “food” referred to as a Twinkie. Synthetic food coloring is made from a mix of lab chemicals combined with petro-chemicals (substances that are obtained by the refining and processing of petroleum). The EU and Britain have banned artificial food dyes as they consider these compounds to be harmful to human health. In the U.S, Red 40 is the most widely used food dye.

In Britain, their McDonald’s strawberry sundaes get their color from fresh strawberries, but if you bite into that same sundae in America, you’re getting a good dose of harmful toxins, just as you would from biting into that Twinkie.

Studies have found that food dyes contain known carcinogens and contaminants that increase the risks of cancer, allergic reactions and hyperactivity in children. As toxins, they are also considered highly inflammatory, which increases the risk of just about every disease and chronic illness, and also contributes to speeding the aging process.

Yellow 5 is the second most commonly used artificial food coloring in our nation. It’s also known as tartrazine or E102. Of course, in Europe they’ve been using extracts from foods to replace this harmful dye, as well.

In addition to the Twinkie, you’ll find Yellow 5 in potato chips, jams, candy, drinks and even pet food. It is also added to shampoos and other cosmetic products, as well as vitamins and certain medications.

It can cause a number of different allergic reactions including everything from mild itching and a skin rash to more serious allergies. One study found that people who are allergic to aspirin are more likely to experience severe reactions like asthma attacks, difficulty breathing or bronchoconstriction.

Polysorbate 60 is short for polyoxyethylene-(20)-sorbitan monostearate. This is an emulsifier that is widely used in processed foods. It’s made from a combination of hydrogenated corn syrup, Malaysian palm oil that’s been converted into stearic acid (something used in shampoos) and ethylene oxide which is made from a component of natural gas and a substance that was used as an explosive during the Vietnam War.

Monoglycerides are a type of food additive used to combine ingredients containing fats with those that contain water – two types of ingredients that don’t normally combine well. They are similar to triglycerides but considered an emulsifier rather than a lipid.

The U.S.D.A. began requiring all food manufacturers to list a foods’ trans-fat content on the label, but this regulation does not apply to monoglycerides because they are considered emulsifiers, even though they contain trans-fatty acids.

There is no level of trans-fat that is considered safe when it comes to our health. It is known to increase the risk of many diseases including diabetes, heart disease and stroke; they promote obesity and inflammation as well as increase LDL, or “bad,” cholesterol and lower HDL, or the “good” cholesterol levels.

These distilled monoglycerides extend the shelf life and often used in processed foods and as an emulsifier in shortening, margarine and cream fillings. They are also used in plastics, cosmetics, pharmaceutical products and industrial packing material. 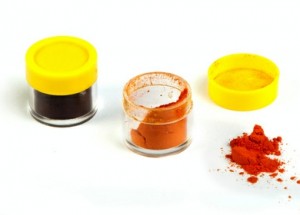 Like monoglycerides, they also contain trans-fat but do not have to be listed on a food label. They are just as harmful to cholesterol levels and increase the chances for numerous diseases and illness. Diglycerides are often found in whipped creams, baked goods, chewing gums, shortening, soaps and face wash.

High fructose corn syrup (HFCS) is a big part of the reason for the skyrocketing obesity rates in America today. This poison is responsible for numerous diseases, illness and general poor health, with many well-documented risks. It is said to set the stage for diseases you wouldn’t even want to imagine, let alone experience.

HFCS contributes to fat deposits in the liver, increases the buildup of lipoproteins and leads to plaque buildup and the narrowing of blood vessels. It also worsens diabetes, causes metabolic syndrome, damages the immune system and much more.

The Twinkie is one nostalgic item that is certainly better left in the past.