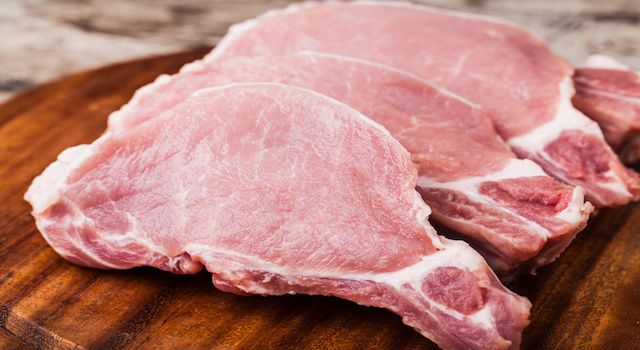 In late February, Tyson Fresh Meats, Inc., a subsidiary of Tyson Foods, announced a new line of pork, one which may resonate with consumers who are worried (and rightly so!) about the overuse of antibiotics.

The company announced their Open Prairie Natural Pork brand at the Annual Meat Conference in Nashville, Tennessee, and it does look like they are making some notably positive changes.

According to Tyson, Open Prairie Natural Pork will come from pigs raised without the use of antibiotics or hormones. Additionally, the animals will not be subject to gestation stalls, which is excellent news in terms of animal welfare. If the line takes off, Tyson may become the largest producer of antibiotic-free pork in the United States.

“From 2009-2013, the natural pork category increased 164 percent, and our own Consumer Monitor survey conducted in the fall of 2015 told us that the ‘No Antibiotics Ever’ and ’No Added Hormones’ product attributes have continued to increase in importance for consumers when buying meat products.”

“Since more consumers want to know how their foods are produced, we’re very proud to provide them with this all natural, no antibiotics ever option. The independent pig farmers who supply us share our commitment to proper animal handling and, in order to qualify for this program, must also ensure the pigs are fed a 100 percent vegetarian diet during the growing and finishing stages.”

Tyson also stated that no artificial ingredients will be added to their pork products.

This announcement by Tyson is highly positive for several reasons. First, it means that more and more people are demanding higher quality meat, and that industry leaders are responding. This trend towards natural products is excellent. Second, the less antibiotics we use, the better, as antibiotic resistance is a growing worldwide threat.

Third, the fact that Tyson will abolish gestation crates for this line signifies growing commitment to the better treatment of animals, both by consumers and the companies that respond.

However, before you run out and buy a pound of Open Prairie Natural Pork belly, keep in mind that there may be several catches.

Is Tyson really the way to go?

First of all, this pork is not going to be raised to organic standards. While the feed given to the pigs may be “100 percent vegetarian,” it will likely still be genetically modified. GM corn and soy are common feeds for livestock, and Tyson made no mention of “organic” or “GMO-free” in its announcement.

Also, while it is wonderful that gestation crates are not being used for these pigs, and that they are not going to be pumped full of antibiotics, there is no guarantee that the animals will truly be treated humanely. Until the acceptable “animal handling” practices are clearly defined, we can’t be sure that these will be happy, free-roaming pigs, wandering on an “open prairie.”

Another issue with Tyson is the extreme amount of pollution it produces. As we recently reported, Tyson has just topped Environment America’s list of the worst polluters of US waterways. According to the report:

“Tyson Foods Inc. and its subsidiaries dumped 104 million pounds of pollutants into waterways from 2010 to 2014.” Is this really a company that we want to be supporting?

While Tyson has definitely taken a leap forward, your best choice for quality, humanely-raised pork is to find a reputable local farmer who adheres to organic practices and allows animals to actually roam around on pasture. It may be a bit more effort to get pork from a local source, but it will be well worth it.