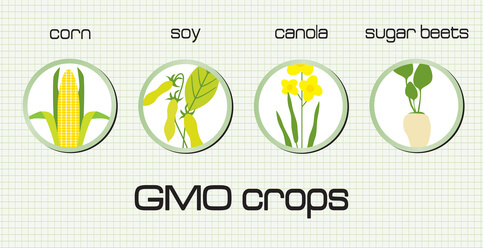 Last Sunday, Oregon Senator Jeff Merkley announced his proposed amendment to the Farm Bill which aims to eliminate the Monsanto Protection Act, citing it as, “one of the most outrageous special interest provisions in years.”

This is excellent news to countless Americans who are outraged by the secretive manner in which this provision was passed, and by its troubling implications.

The Monsanto Protection Act, officially known as the Farmer Assurance Provision, was passed by Congress this past March, and signed by President Obama. This provision, which was included as a non-publicized addition to the budget plan, allows companies such as Monsanto to sell their genetically-engineered seeds despite any court orders that may be filed against them.

In an email, Senator Merkley told his supporters, “we have a process for making sure that genetically-modified seeds aren’t sold, planted and grown until we know that they don’t pose a threat to other crops or to humans.  The Monsanto Protection Act overrides that process. It lets Monsanto and others ignore a court order designed to protect other farmers, the environment, and human health.”

The single most dangerous aspect of Monsanto’s ability to basically do as they please, thanks to the Monsanto Protection Act, is the simple fact that we know nothing of the long-term implications of GMOs on human health and the health of the environment. The only studies done on humans so far showed that GMOs survive inside the human stomach. No follow-up studies have been performed.

There is no government system or organization in place to monitor the health impacts of genetically-modified foods. Due to the relative novelty of these types of foods, it will be many years before scientists will be able to accurately test their long-term and cumulative effects.

In the conclusion of his email, Senator Merkley urges us to act: “I’ve proposed an amendment to the Farm Bill that would repeal the Monsanto Protection Act. Please join me – and demand a vote in the U.S. Senate that would end this outrageous special interest override of judicial decisions.”