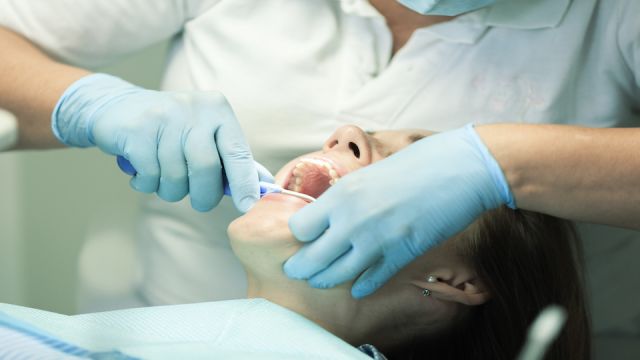 Myths have swirled around the root canal for decades. Some people claim this practice is entirely safe and can help save a dead tooth, while others, fearing disease and pain, choose to have a tooth extracted entirely or leave it be. With such conflicting opinions, it can be hard to know what to believe. Here are common misconceptions about root canals and how to make an informed decision regarding your upcoming appointment.

What is a root canal?

Root canal is one of the most common dental procedures, and if you’ve never had one, you probably know someone who has. The dentist recommends this procedure after discovering dental decay, or tooth injury that could cause further harm if left untreated. During a root canal, the professionals drill into your tooth to the “pulp,” which is a collection of connective tissue, blood vessels, and nerve endings. In doing so, the dentist can clean out this canal and remove harmful bacteria that could lead to pain, infection, bone loss, and swelling.

Endodontics is the name of the field that treats and studies any infection of the root pulp. At this time, the two ways to deal with an infected tooth are extraction (removing the tooth entirely) or root canal. Though some people refuse to go down either path of treatment, leaving the infected tooth alone could lead to serious infection throughout your whole body, and potentially death in extreme cases.

So what’s the problem?

Many people fear a root canal due to potential evidence that it may cause cancer and other degenerative diseases. Fortunately, this oft-cited research is incredibly outdated and has not been replicated with modern dental procedures. In fact, the most commonly quoted study was performed by a dentist named Weston Price, in the early 1900s, long before sterile testing conditions and control groups were added to studies.

According to the American Dental Association, 25 million endodontic treatments are performed every year, safely and effectively. Any evidence to link root canal to cancer is purely circumstantial and not a direct cause and effect relationship.

Keep in mind, just like any surgical procedure; there is an inherent risk associated with getting a root canal. Though you aren’t likely to develop an increased risk of cancer following a root canal, you may experience pain in the days following the surgery, may have to have a second root canal on another tooth to eradicate the infection, or could have a crack in the root of your tooth that leads to bacterial infection and further decay.

Another concern associated with root canal is the seal used on the inner part of your tooth. This seal can eventually erode and allow bacteria to reinfect the tooth. Always follow any post-operation care guidelines and have your dentist check your root canals regularly to ensure a quality seal. Your tooth may also be more prone to breakage and could deteriorate and fall out over time due to a hollow center. Remember, a root canal isn’t a method to save a dying tooth; it is a way to preserve an already dead tooth.

It is always a good idea to visit a holistic dentist for a second opinion or suggested treatment plant before merely going with the word of your original dentist. Remember, these are relatively pricey surgeries and may be prescribed when not entirely necessary. If there is any way to save your tooth without drilling out a large portion of it and leaving a dead tooth in your mouth, that is the way to go. Always ask questions and be your own advocate, regardless of the health condition you face.

However, if the only other alternative is tooth extraction, a root canal is your best course of action. Extraction and replacement can be invasive, pricey, and could even cause a shift in your other teeth. It is always best to keep your natural teeth whenever possible. With that said, a root canal may not be able to remove all of the infected tissue and cannot sterilize the tooth entirely, which could lead to another infection.

The single best way to avoid a root canal is to look after your teeth. Brush twice daily, floss at least once, and schedule two cleanings per year with your dentist.