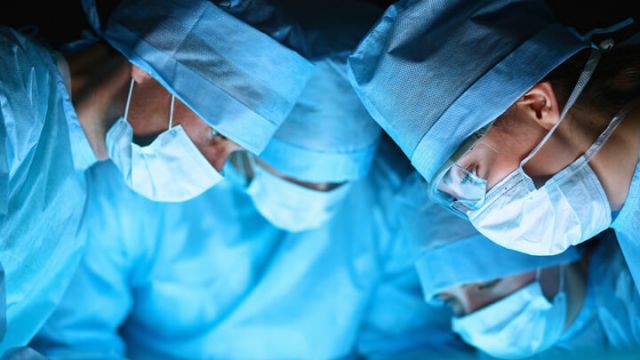 Each year in the United States almost 100,000 people die in hospitals due to medical errors, all of which could have been prevented — and we rarely hear about them. Most of us have heard horror stories about medical instruments left inside patients, a common mistake that apparently happens to about 4,000 people a year. But even worse, there are many other medical errors that happen to unsuspecting patients, often causing devastating injuries or even death. Here are some that we know of.

How would you feel if you gave birth to a child of different ethnic origin than your own? After struggling to conceive their second child, Nancy Andrews and her husband Thomas turned to in-vitro fertilization treatments at New York Medical Services for Reproductive Medicine. When, they became pregnant they were elated. However, after giving birth, the happy couple discovered that their new daughter was of different ethnic origin.

Thomas Andrews is white and his wife, Dominican. But Jessica, born Oct. 19, 2004, has darker skin, typical of African or African-American descent, according to their lawsuit, as reported by Daily News. The Andrews tested their daughter’s DNA using a home kit and later with two more sophisticated methods and discovered that all the tests confirmed their suspicions — the fertility clinic had used the wrong sperm to inseminate Andrews. Apparently, the couple was left emotionally scarred. So, they sued the clinic for malpractice and an undisclosed amount of money.

In 2003, surgeons at Duke University Hospital transplanted a heart and two lungs into 17-year-old Jesica Santillan. At that time, the procedure was rare and difficult. Tragically, surgeons had given Santillan donated organs with the wrong blood type, causing her body to reject the new heart and lungs. Her system quickly hut down. Two weeks later, after the first operation, she received a second transplant. This time, however, with the correct blood type. But it was too late to save her life. Santillan had suffered severe and irreversible brain damage, and tests showed she was brain dead. Doctors told the family they were going to stop the medicines and the machines that were helping the 17-year-old breathe.

Santillan’s mother accused Duke Hospital of trying to murder her daughter. Through a translator, she said at a press conference that she believed “they are taking her off of the medicine little by little in order to kill her. They want to rid themselves of this problem, “according to correspondent Carol Kopp for 60 Minutes.

The surgeon who had performed the transplant was informed of the donor’s blood type at least three times. Incredibly, though, he’d never been told Santillan’s blood type, and so he didn’t know the organs were a mismatch. Following investigations triggered by the Santillan’s death, federal government regulators cited Duke University Hospital for multiple deficiencies in its organ transplant procedures. The hospital has since taken corrective action and is now in full compliance with all regulations says 60 Minutes.

In 2006, surgeons mistakenly removed the right testicle, instead of the left, of a 47-year-old man, according to medical records and a claim filed by Air Force veteran Benjamin Houghton and his wife. Apparently, the surgery was not urgent, since Houghton was first diagnosed with metastatic testicular cancer in 1989. At that time, he declined surgery, reports Los Angeles Times, and retired shortly after receiving chemotherapy at Andrews Air Force Base in Maryland. While there had been no sign of the cancer’s recurrence, his left testicle was left atrophied and painful. There was also a chance that it could harbor cancer cells.

The VA surgeon, medical resident Dr. John T. Leppert, should have removed Houghton’s left testicle and performed a vasectomy on his right side. However, the consent form, prepared the day of surgery, and signed by Houghton, stated that the right testicle was to be removed and a vasectomy performed on the left. Houghton was left deprived of testosterone, which sets him up for potential health issues, including sexual dysfunction, depression, fatigue, osteoporosis and weight gain.

When 49-year-old Donald Church arrived at the University of Washington Medical Center in Seattle in June 2000, he had a 13-pound cancerous  tumor in his abdomen. When he left, the tumor was gone, but in its place was a 13-inch metal retractor according to Seattle PI. After Church’s case was discovered, the medical center began counting all retractors used in surgeries.

What they found was that other instruments were also missing after surgeries, making this type of blunder common practice. Other instruments left behind included a cardiothoracic retractor, a cardiac retractor and a clamp. The retractors used in heart surgery range from 6 to 10 inches long. Fortunately, in Church’s case, surgeons acknowledged their mistake and the retractor was removed. Church experienced no long-term health consequences from the mistake and the hospital agreed to pay him approximately $100,000.

After a doctor became confused, an 83-year-old woman, treated for a respiratory infection, underwent heart surgery. Rita du Plessis was in the same ward as another elderly woman and both were patients of the same physician. The physician requested the surgeon take his patient to the theatre for a procedure to remove excessive moisture around her heart, according to health24.

Unfortunately, he mixed up the surnames and it wasn’t until  ward rounds that Plessis’ physician realized his mistake. When he saw that she was not there and told she was in surgery, he realized what had happened. Meanwhile the surgeon contacted the family to tell them the surgery was a success. The physician called shortly thereafter to apologize for the grievous mistake. The hospital also apologized for the confusion and did not charge for the operation.

Recently, Massachusetts health authorities began investigating an allegation that a surgeon removed a kidney from the wrong patient according to CNN. The incident apparently took place at St. Vincent Hospital in Worcester.

“This is a deeply unfortunate situation involving a patient misidentification that took place outside of our hospital and did not involve our employees,” read a statement from Tenet Health, which owns St. Vincent. “Our staff followed proper protocols in preparing for and performing the surgery, which was scheduled by the patient’s physician at our hospital.”

Tenet Health did not to elaborate on how or where the mistaken identification took place said CNN.

Back in 1995, a highly publicized case revealed that a chain of errors prior to surgery ultimately ended with 52-year-old Willie King’s wrong leg being prepped for the procedure and then amputated.  Apparently, a series of errors by other hospital personnel and the severely diseased condition of both legs led Dr. Rolando R. Sanchez to make the devastating mistake.

Dr. Sanchez entered the operating room, and the wrong leg had been sterilized and draped for surgery, according to the New York Times. Dr. Sanchez testified that he learned of his error from a nurse as he was cutting through the wrong leg. King received a $1.2 million settlement in the case from University Community Hospital and Dr. Sanchez.

Inadequate anesthetic during surgery allowed Sherman Sizemore to feel every cut during surgery. On Jan. 19, 2006, Sizemore, a clergyman and former coal miner from the town of Beckley, was admitted to Raleigh General Hospital, for exploratory surgery to diagnose the cause of abdominal pain, according to a lawsuit. An anesthesiologist and nurse anesthetist who worked for Raleigh Anesthesia Associates gave Sizemore paralyzing drugs to prevent his muscles from jerking and twitching during the surgery. The problem was, they failed to give him general anesthesia to render him unconscious until 16 minutes after the first cut into his abdomen.

According to his family, Sizemore suffered excruciating pain. Two weeks after his surgery, he couldn’t sleep, refused to be left alone, suffered nightmares and complained people were trying to bury him alive said his family to NBC News. On Feb. 2, 2006, Sizemore committed suicide by shooting himself.

Just two months after former Saturday Night Live cast member, Dana Carvey, had a double bypass heart operation that was supposed to save his life, he was given devastating news. Apparently, the cardiac surgeon had bypassed the wrong artery. After the surgery, chest pains continued, Carvey told USA Today. So he went in for another angiogram, only to discover what had happened.

It took another emergency operation to clear the blockage that threatened to kill the comedian. The surgeon, responding to a $7.5 million lawsuit Carvey brought against him, said he’d made an honest mistake because Carvey’s artery was unusually situated in his heart.

Woman given the wrong blood

During a hospital transfusion, 67-year-old Margaret Davies was given the wrong type of blood, which ultimately caused her death. Davies was given type A blood during her transfusion instead of type O blood after her hospital paperwork was thought to have been mixed up with another patient, who had  the same name according to the Daily Mail. Davies had been diagnosed with lymphoma (cancer of the blood.)

In 2009, 22-year-old Scott Hanson of Crooked River Ranch, was arrested and charged with six counts of identity theft, second-degree assault, forgery, tampering with drug records and multiple counts of theft after one of his patients, realized he was not a doctor. He was also charged with six counts of recklessly endangering another person, third-degree sexual abuse, sexual harassment and various charges relating to possession of a controlled substance according to ABC News.

Hanson had no formal medical training, but was offering treatment at “very discounted rates” and even dispensed medication Redmond Police Capt. Brian McNaughton told ABCNews.com . He would either visit the patient’s’ house or the home of their friends to perform surgery. Apparently, he completed six procedures on three people. McNaughton said Hanson “was doing anything from treating people for infections to injury to minor surgery.”

The charges of sexual abuse and harassment stemmed from one of Hanson’s exams.

But according to Hanson’s mother, Renee Hanson, the police and the media had blown this up into something it’s not, she told ABC News. Renee Hanson said her son had planned to go to medical school and become a doctor, but that she didn’t have enough money to send him. What ultimately evolved was Hanson training himself. Hanson apparently told his patients  that he was a resident physician at Mountain View Hospital in Madras. The hospital, however, told ABC News that they had never heard of him.