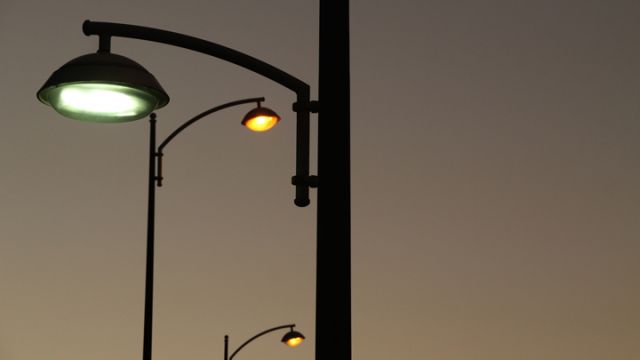 Street lights are a necessity in our modern world. We need to be able to see when driving and walking at night, after all. However, one new type of street light being installed in cities across the United States may be harming our health.

If streets are insufficiently lit, many dangers can abound at night. People could bump into things when walking, and might be unable to cross streets safely. Businesses that are open at night would have a hard time operating, and driving would become more dangerous. Additionally, dark streets, especially in densely populated urban environments, can foster higher levels of crime.

This recently happened in San Francisco, where new energy-efficient street light bulbs were installed in the southern parts of the city. While these street lights cost less, and are more environmentally friendly, residents complained that streets were too dark. Also, burglary rates went up in the Buri Buri neighborhood.

“Have you ever gone on Grand Avenue at night? It’s scary. It’s pitch black. If you want people to go out to dinner down there, you better turn on some lights. This has done nothing but make people upset.”

While we need street lights for many reasons, the type that we use matters. While lights that are too dim are dangerous, ones that are too bright, such as white LED street lights, can also have their issues, including negative consequences to human health.

These street lights are being installed in many cities across the country because they last a long time and are energy-efficient. In response, the American Medical Association (AMA) recently released a policy statement outlining guidelines and precautions. Dr. Maya A. Babu, an AMA board member, explained:

“Despite the energy efficiency benefits, some LED lights are harmful when used as street lighting. The new AMA guidance encourages proper attention to optimal design and engineering features when converting to LED lighting that minimize detrimental health and environmental effects.”

According to the AMA, these new white LED streetlights may:

In explanation, the AMA wrote:

The AMA added that the LED lights may also lead to sleep disruptions, and therefore endanger health by suppressing melatonin (a hormone that signals the body that it’s time to sleep).

Not all of the negative effects of white LED street lights pertain to humans. The AMA further elaborates that these lights can have negative consequences for certain animals, including migrating birds and animals that makes their nests on the shore.

“Excessive outdoor lighting disrupts many species that need a dark environment. For instance, poorly designed LED lighting disorients some bird, insect, turtle and fish species, and U.S. national parks have adopted optimal lighting designs and practices that minimize the effects of light pollution on the environment.”

This is certainly not good news. In lieu of the AMA’s statement, municipalities across the U.S. should soon be complying with guidelines to make the lights dimmer, but not too dim, and to take steps to minimize the glares they emit.

If the street lights in your neighborhood are too dim, too glaring, or otherwise bothersome, write to your local chamber of commerce to see what can be done and how soon. Glare is dangerous, sleep is crucially important to health and wildlife needs to be protected. We shouldn’t be letting improper street lights get in the way of our health, or the health of our planet.