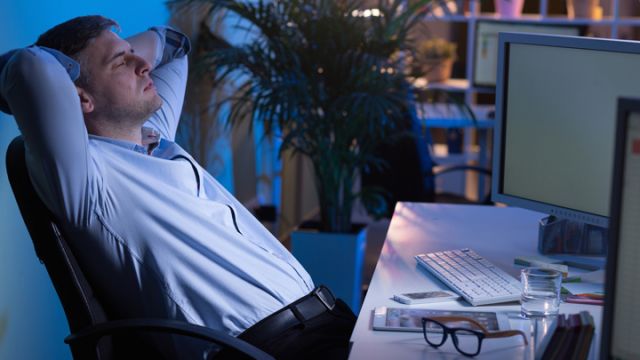 Working a full work week may be detrimental to your brain if you’re over 40, a new study finds. The ideal number of working hours for anyone over 40 is only 25 hours per week. The study lends credence to an idea that is gaining traction across the masses: changing the 8-hour-a-day, 5-day-a-week work standard.

The renowned economist John Maynard Keynes believed that the industrial revolution would lead to lives of leisure. He wondered what we would do with all our time once we were “free from pressing economic cares.” Though it sounds utopian now, for many years Keynes prediction seemed to be coming true.

Working hours throughout the industrialized world dropped rapidly through the 1800s and 1990s. Americans in manufacturing were working roughly 70 hours a week in 1830. By 1890, the work week had slimmed down to 60 hours. A 40 hour work week was set by the International Labor Organization in 1935, though many countries didn’t hit this milestone until later.

To date, only a few countries have ventured beyond this standard. It is as though by mandating a maximum, the law also set a minimum.

It makes sense that people should be able to devote less time to their jobs as their hours become more productive. This set of charts from Mother Jones puts the whole situation into sharp focus. Productivity has been on a steady increase since 1979. Wages and work hours have hardly budged. We would expect the average income of the one percent to be higher but less consistent — they are taking all the financial risk and with that risk comes the potential for rewards. The value of their reward, however, has risen sharply. It appears that only the one percent are reaping the benefits of increased productivity.

Workers may be getting the short end of the stick worldwide, but working in America is particularly disappointing. In addition to the inequitable allocation of the benefits of increased productivity, many Americans report working longer than the expected 40 hours a week. American employers also provide substantially fewer vacation days and tend to offer less flexibility than employers in other first world industrialized nations. Our retirement age is also likely to increase as policymakers take measures to save our floundering social security system.

Despite the industrialized world’s disinterest in changing the standard work week, a growing wealth of studies supports the idea. Fewer working hours could improve our health, efficiency and possibly even performance. The Melbourne Institute’s new study showing that workers over the age of 40 have poorer brain cognition skills after a 40 hour work week is one more reason to support change. This particular report even gives us a goal of 25 hours a week.

Beyond studies, popular media has also been discussing reform. The New Yorker, The Atlantic and Pacific-Standard have all published well-written thoughtful analysis on the matter. In an interesting assessment of the working man’s quest for fewer hours on the job, The Atlantic’s Joe Pinsker points out that only salaried workers would see benefits. Hourly employees wouldn’t be able to survive on a lesser schedule. Many cannot make ends meet working 40 hours a week.

Far from being a reason to give up on the idea of a shorter work week, Pinsker’s analysis reveals how much more really needs to be done. If 40 hours a week is too much, changing the schedule without changing wages isn’t enough. A worker making $10 an hour only brings home $400 a week. That is $1600 a month. In some places, that doesn’t cover the rent on a studio apartment.

Most people would agree that a more equitable distribution of the fruits of our labor is desirable, but no one agrees on how to get there.

Some activists want to force a change through government mandates, such as an increase in the minimum wage. Studies disagree on what impact this might have on economic growth and unemployment. A slightly more popular though perhaps less feasible idea is a guaranteed universal income. Liberals like it because it gets cash into the hands of the poor. Some conservatives are cautiously supportive because the program would reduce the government bureaucracy and inefficiency that exists alongside our current welfare programs.

The rise of the on-demand economy and swift increase in the number of people choosing contract work are symptoms of a society that is tired of working long hours for little pay. Unfortunately, current legislation does little to support these non-traditional workers. Contractors are considered self-employed. A full 12.4 percent of their income is taken as social security tax since they are required to pay both the employee and employer halves of the fee. They are also ineligible for the comparatively well-priced benefits plans enjoyed by the traditionally employed. Allowing everyone the freedom to work a contract job without penalty would go a long way in helping workers chose the jobs and hours that work for them.