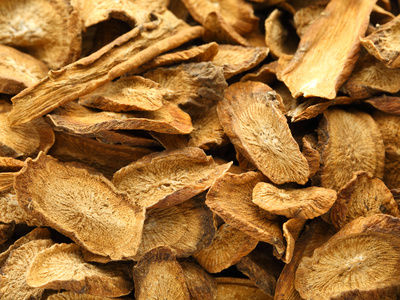 You’ve probably heard that excess abdominal fat increases your risk of a number of diseases including cancer, hypertension, and heart disease.

However, a recent study published earlier this month in the Journal of the American College of Cardiology was the first to use a CT scan to study specifically located fat deposits for direct associations with disease risk – confirming the dangers of belly fat.

Because this visceral fat lies deep in the abdomen, surrounding organs and secreting toxic hormones, it contributes to the thickening of the walls of coronary blood vessels, which increases the chances of having a heart attack.

The liver also suffers when you have too much belly flab. It has to work that much harder to filter out toxic substances.

Many people struggle with belly fat, and some give up the battle with the idea that it is all due to genetics and impossible to fight against. In truth, one of the reasons they aren’t losing fat is because they avoid eating foods with any type of fat, as well as indulging in many sugar-laden foods. The key to unlocking the metabolic fire rests in eating healthy fats and cutting out refined foods.

A diet that is rich in monounsaturated fats, including avocados, coconuts, nuts, seeds and olive oil, helps to melt that stubborn ab fat. Foods that contain these healthy fats work to send a signal to your brain that your stomach is full, ultimately resulting in eating less and feeling satisfied longer.

You should severely limit or eliminate all processed foods, which are typically a major source of carbs. They also contain harmful toxins in the form of artificial flavors and colors, preservatives and a long list of other ingredients that can negatively affect your ability to lose body fat; this is because your body stores additional fat as a way to protect your organs.

Limiting all types of sugars is also recommended, and you might want to consider limiting grains, as well. Some health experts believe that consuming wheat is a big factor in the skyrocketing obesity epidemic, as well as in the rise of chronic illness.

Wheat contains a compound that is converted to blood sugar, which increases blood sugar levels. When blood sugar levels spike and then plunge, it results in more hunger and cravings for more wheat-based products. Removing wheat is a great way to shrink that unsightly belly bulge.

In addition to including healthy fats and cutting out processed food, you may want to consider adding some herbal power to your belly-busting program. Many plants contain potent compounds that target belly fat by increasing your metabolic rate, increasing fatty-acid release from deep within fat stores and suppressing hunger, which helps cut caloric consumption.

Here are five to consider:

A study published in the Journal of Nutrition revealed that consuming green tea and participating in three hours of moderate physical activity per week resulted in an acceleration of body fat-burning around the abdomen, as compared to exercise alone.

Chickweed also has a long-standing reputation for aiding weight loss efforts. It can be eaten raw in a salad or steamed like a vegetable. Adding chickweed to a typical salad has been shown to help break down fat molecules. It can be sprinkled on many different foods to decrease appetite, curb cravings and even assist digestion.

Chickweed is often a key ingredient in the formulation of obesity medications and weight loss supplements. It is readily available, which contributes to its popularity. This herb contains vitamin C, phosphorus and ingredients like GLA (gamma-linolenic acid), saponins and other glycosides, which also make it a mild diuretic (helps you to pee). These substances aid in the emulsification of fat cells, helping to promote the elimination of fat.

Ginger is packed with tremendously powerful compounds and should be considered a staple in any healthy diet. In fact, it offers so many medicinal properties that some feel it should be a must-have in the medicine cabinet, as well.

This wonderful spice has been used medicinally for thousands of years, and offers anti-inflammatory, anti-ulcer and antioxidant activities. It can even be used as an analgesic. Ginger is used in many popular cleansing programs, as it is thought to cleanse the body by stimulating digestion and circulation, as well as promoting the release of sweat.

Its digestive actions may serve to cleanse the build-up of waste and toxins in the colon, liver and other organs. Efficient detoxification is essential to efficient metabolism. Known as a metabolic activator, ginger has been thought to increase the thermogenic properties of foods while decreasing feelings of hunger.

One of the best ways to enjoy ginger’s health benefits is through a ginger tea. Prepare the tea by steeping about five slices of ginger (or two teaspoons of freshly-grated ginger) in hot water. For an extra powerful digestive soother, add chamomile and peppermint tea leaves.

You may well have heard about the amazing medicinal attributes of this sweet and comforting spice. The many benefits of cinnamon have been known since ancient times to Ayurvedic and Chinese cultures, who used this pungent and aromatic bark to treat indigestion, colds and cramps, as well as to boost vitality and energy.

Cinnamon has been found to reduce blood sugar levels in people who are diabetic or pre-diabetic. High blood sugar levels impair metabolism and create internal chaos. Adding as little as 2 teaspoons a day of cinnamon to your food has been shown to be effective in helping regulate blood sugar and insulin response. Consider adding a little to your coffee, smoothies or morning oatmeal.

Burdock is traditionally used to cleanse the blood, and to help detoxify the kidneys as well as the liver. It is well-known as one of the best blood purifiers in traditional medicine.
It is also revered for its ability to reduce cravings and hunger, and boosting weight loss efforts. It improves metabolism and acts as a diuretic with active ingredients including inulin, polyphenolic acids and non-hydroxy acids. 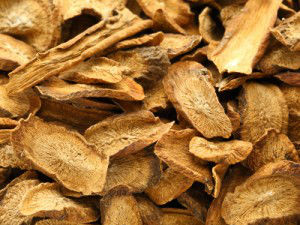 This incredible herb offers many other health benefits, including regulating blood sugar and cholesterol levels, as well as stabilizing blood pressure. It contains a number of essential nutrients including vitamin C, vitamin E, niacin, folic acid and riboflavin.

The best way to use it is to bring water to a boil and pour about an ounce of dried burdock root into the water; gently simmer for 10 to 20 minutes, and then allow it to cool. Drinking it between meals is optimal.

By combining one or more of these herbs into an already-healthy lifestyle that includes regular exercise and a nutritious diet, you can help decrease the time it takes to achieve your ideal weight while reducing that stubborn fat around your middle!