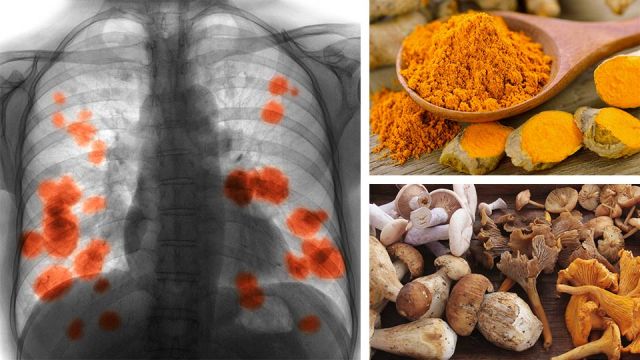 November is lung cancer awareness month. More than 160,000 Americans will die from this condition every year. That’s more than the number who will succumb to breast, colon and prostate cancer combined.

Reducing the risk of lung cancer

As you might expect, smoking is the leading risk factor associated with the disease. Medical experts insist that at least 70 percent of lung tumors are due to cigarette smoking. The remaining 30 percent of cases involve causes that are not readily identifiable, but additional risk factors include second-hand smoke, radon gas, air pollution and asbestos exposure.

Not surprisingly, tobacco smoke is the number one risk factor when it comes to cancer (19 percent of all cancers are linked to cigarettes). This factor is linked not just to lung cancer, but also urinary and bladder cancers, tumors in the oral and nasal cavities, as well as malignancies in the upper digestive tract. Not smoking (or quitting) is the most important thing you can do to reduce your risk of getting cancer.

In fact, a new study by the American Cancer Society found that almost half of all cancers could be prevented simply by making lifestyle changes. The top recommended shifts include:

An increasing awareness that many cancers can be prevented through better diet and exercise has focused attention on the role of plant-based foods when it comes to staving off and combating cancers. In particular, a growing body of scientific evidence shows that many fruits, vegetables and herbs contain potent anti-cancer and tumor-busting properties. With that in mind, let’s look at five foods that show promise in halting the spread of lung cancer.

Turmeric is a popular spice used in many Indian curry-style recipes. It is a natural anti-inflammatory and has been used in both Asian and Ayurvedic medicine for centuries to treat arthritis, respiratory conditions and stimulate the immune system.

Researchers at the University of California found that turmeric can induce apoptosis, which is the process where old, defective and tumorous cells self-destruct. Turmeric appears to be effective against many types of cancer, but results were especially impressive against lung cancer cells.

These are highly regarded for their anti-tumor properties. That because they are good sources of compounds like sulforaphane and indole-3-carbinol. Both are powerful antioxidants, which can help the body detox.

Scientists also believe that cruciferous vegetables may have epigenetic effects (helping to turn off genes that predispose a person to cancer). Consuming this family of veggies can also help the body to excrete hormones (acquired through environmental exposure) that promote tumors. Good examples of cruciferous vegetables include broccoli, cauliflower, cabbage, kale and Brussels sprouts.

Mushrooms contain a compound known as beta-glucans. Studies involving laboratory animals show that these polysaccharides can help deliver cancer-killing immune cells directly into a tumor. Others sources of beta-glucans include baker’s yeast, oats and barley.

Green tea is consumed in many Asian cultures where the cancer rates are substantially lower than they are in the United States. This has prompted scientists to study the medicinal benefits of green tea. Recently, research has focused on a compound in it called EGCG, which may slow down and inhibit the growth of tumors. Other studies have shown that green may help protect against lung cancer (even among smokers).

Recent research suggests that salmon (which is rich in vitamin D and omega-3 fatty acids) may help protect against lung cancer. In fact, the American Institute of Cancer has put together a cancer-busting recipe that pairs salmon along with anti-cancer foods such as garlic and black beans.

Garlic, as you might expect, contains phytochemicals such as quercetin and allicin which have anti-tumor properties. And beans are loaded with antioxidants and a substance called inositol hexaphosphate, which has powerful tumor-inhibiting properties.

No doubt, lung cancer is a dread and tenacious disease. But there are a wealth of natural foods that can help prevent, shrink and fight tumors. Avoiding tobacco smoke and eating better — now that’s a recipe for breathing easier.