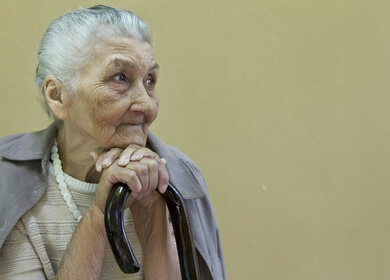 The United States spends more money on healthcare per person than any other country in the world. However, recent studies show that our health is lagging behind the rest of the developed world in several areas.

While the combination of a number of factors contributes to this, the Standard American Diet (SAD) is largely to blame for an array of conditions causing Americans to die younger and spend their later lives plagued by detrimental diseases that could be largely avoided if nutrition was a national concern.

After a 2011 study by the National Research Council (NRC) discovered that U.S. life expectancies were increasing at a lower rate than in other democratic nations with comparable income, they performed an 18-month review to investigate the reasons for this phenomenon. They enlisted the help of the Institute of Medicine in performing this review.

According to NRC chair Stephen Woolf, the trend has, “been going on since 1980, and it’s getting progressively worse.”

The NRC released a report following the review, published in 2013. According to the report, the review had found that the United States was behind the other nations in areas including obesity, disabilities, infant mortality, homicides, teen pregnancy and drug-related deaths. It was also discovered that senior citizens in the United States had a higher risk of developing and dying from heart disease than the other nations surveyed.

Commenting on these findings, the report stated, “the tragedy is not that the United States is losing a contest with other countries, but that Americans are dying and suffering from illness and injury at rates that are demonstrably unnecessary.”

It continues, “many of these conditions have a particularly profound effect on young people, reducing the odds that Americans will live to age 50. And for those who reach age 50, these conditions contribute to poorer health and greater illness later in life.”

One reason for the high rates of obesity and heart disease in this country is our diet. The United States allows a number of potentially toxic chemicals into our food, chemicals that are banned in other countries. These include:

Artificial Colorings: Banned in Austria, France, Finland, Norway and the United Kingdom, artificial dyes are derived from petroleum, and have been linked to hyperactivity (and other behavioral disorders) in children and nerve-cell deterioration. Certain food dyes, such as Yellow 5 and Yellow 6, have also been linked to tumors in lab animals, including brain tumors.

Growth Hormones rBGH and rBST: Banned in Australia, Canada, the European Union, Japan and New Zealand, the use of these growth hormones in milk-producing cattle has been associated with weakened muscle growth, potential infertility and several cancers. Ingesting these hormones is especially a concern for toddlers, as milk is the staple of their diets. 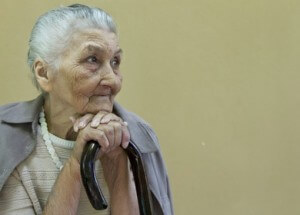 Brominated Vegetable Oil (BVO): Banned in over 100 nations, BVO is a flame retardant that is also used in many soft drinks to help coloring agents mix with the liquid. This chemical has been linked to growth problems, birth defects, organ damage, hearing loss and schizophrenia. Gatorade has recently stopped using BVO in the United States, but many other sports drinks and commercial beverages still use it.

BHA (butylated hydroxyanisole) and BHT (butylated hydroxytoluene): Banned in Japan, the United Kingdom and many other European nations, BHA and BHT have been linked to tumors in lab animals. BHA has also been found to have estrogenic properties, leading to hormonal imbalances.

Olestra (Olean): Banned in Canada and the United Kingdom, Olestra is a cooking oil substitute found in fat free foods such as french fries and chips. Olestra has been found to decrease the body’s ability to absorb and utilize vitamins, and has also been associated with cramps and leaky bowels.

If the United States wishes to get on par with other developed nations health-wise, we need to make an effort to catch up with the rest of the world and ban dangerous chemicals that fill so many of our everyday food items. While this is only part of the problem, changing our diet from it’s highly-synthetic, chemical-laden state would give us a running start.