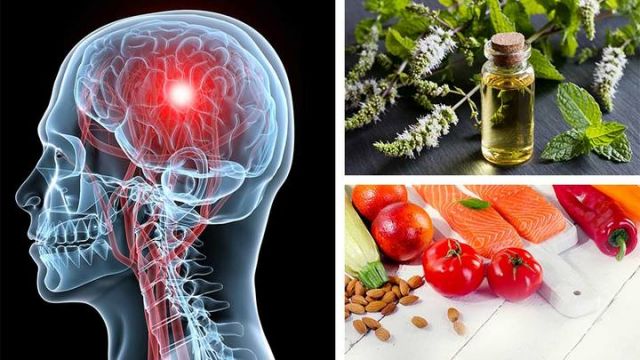 A migraine is a headache that packs such a wallop that it “feels like God just punched you in the face.” That description comes from the writer Andrew Levy, who chronicles his own struggles with the condition in his book, “A Brain Wider Than The Sky.”

In fact, migraines are a common condition that is still poorly understood. They impact more than 30 million people in the United States alone and are a major stressor in about 20 percent of marriages. That’s because migraines can be so debilitating that, as Levy observes, “vacations are canceled; Saturday’s disappear as the migraining spouse stays in bed and the non-migraining spouse drifts absently around the house, too solicitous to leave, too bored to stay and not resent it.” No wonder, migraines are linked to depression, anxiety and divorce.

The condition is still very much of a medical mystery. But neuroscientists now believe that neurovascular changes in blood flow to the brain precipitate the extreme throbbing pain that characterizes migraines. However, they aren’t entirely sure how and why these changes occur.

Nevertheless, most people who experience migraines report that they are caused by certain factors. These “triggers” tend to be unique for each individual, but here is a list of common ones:

Symptoms of a migraine can vary from individual to individual, but neurologists have developed a classification system that describes several common types:

Because the triggers and causes vary so widely, so do the remedies. Most individuals who suffer from migraines rely on over-the-counter pain relievers like ibuprofen and acetaminophen, but overuse can result in a cycle of rebound/withdrawal headaches, which only compound the original problem.

In most instances, treatment of migraines is a matter of extensive trial and error. Typically, the first step of a naturopathic approach involves identifying the triggers. For example, migraine sufferers are asked by their doctors to keep a journal, which keeps track of dates, times and symptoms.

Once triggers have been identified, the next step is to make diet or lifestyle changes that avoid them. Naturopathic physicians often recommend a detox diet. That’s because many individuals who have migraines also suffer from nutritional and digestive issues. For example, a high percentage of people with migraines also have constipation. As a result, eating more fiber, a plant-based diet and probiotics can help reduce the number and frequency of migraines.

2. Add magnesium to your diet

Magnesium deficiencies are another common denominator when it comes to migraines. This mineral can be thought of as nature’s “chill pill.” Many patients who take magnesium supplements report that it reduces muscle tension and the severity of their headaches. Magnesium citrate at a dose of 150 to 300 milligrams twice daily with food is a typical recommendation. Good food sources include spinach, pumpkin seeds and goat’s cheese.

Studies have shown that riboflavin (also known as vitamin B2) can decrease the frequency of migraines by as much as 50 percent. Taking 400 milligrams twice a day is a typical recommended dose. Good food sources include eggs, yogurt, spinach and almonds.

Cold water fish containing omega-3 fatty acids are another food that can be very helpful for headaches and migraines. That’s because omega-3 fatty acids have anti-inflammatory properties and they help modulate blood pressure. Great sources include salmon, tuna and supplements like fish oil.

According to Dr. Albrecht Molsberger, “Acupuncture should be an option for the first-line treatment of migraine to supplement other non-[drug] treatment options.” Studies appear to confirm his perspective. For example, results from a randomized clinical trial published in JAMA concluded that “properly administered acupuncture therapy may reduce the frequency of the most common types of migraines.”