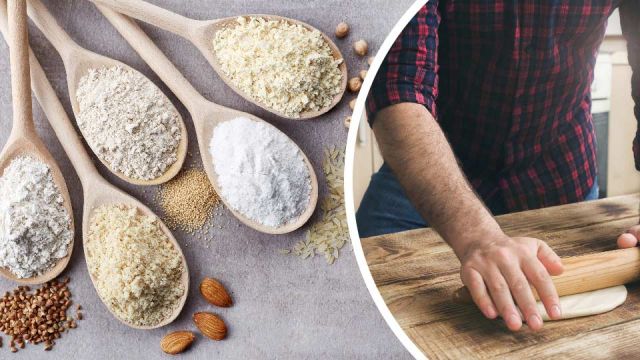 White flour is a staple of the American diet, but there is an overwhelming amount of evidence that consuming it in the quantities that most people do is extremely unhealthy.

The health risks of white flour

Understanding how white flour is made (and what’s actually in it) should encourage you to seek out healthier options. To start with, most white flour products are processed at every stage. This leads to accumulations of toxins including pesticides, preservatives and bleaching agents that fundamentally adulterate this ingredient.

Here are several other reasons you should avoid foods and products containing white flour:

1. It increases your risk of deadly disease

Studies show that eating ultra-processed foods, like white flour, can significantly increase your risk for developing many cancers (as well as numerous immune disorders and chronic diseases).

“Enriched flour” is flour that contains vitamins and minerals that have been added artificially, but these synthetic “nutrients” are not really bioavailable.

3. It does not provide heart-healthy fiber

Methods used to process white flour strip it of natural nutrients and beneficial fiber, which you need to full fuller, aid digestion, lower cholesterol and more.

4. It is is loaded with refined carbohydrates

For reasons unknown, Celiac disease, which involves a sensitivity to the gluten in wheat flour, has skyrocketed in the last 70 years. Although gluten is a prime culprit because it is believed to irritate the digestive tract, many researchers now believe that refined carbs are a huge part of the problem, too, since they ferment when digested (which causes abdominal cramps and gastric distress). These simple carbs also elevate blood glucose and bad cholesterol levels, which in turn feeds the inflammation that undermines the integrity of your digestive system.

The explosion of gluten-sensitivity and wheat allergies has prompted many nutritionists to question the modern American diet. They point to the fact that the rate of many chronic diseases rose dramatically as Americans began consuming ever-increasing quantities of heavily processed foods.

The gap between what our bodies have been optimized to eat (due to millions of years of evolution) and what most people consume today is very wide.

Advocates of the paleolithic diet contend that eating more of the food types that our ancient (hunter-gatherer) ancestors ate can help you avoid many of the so-called “diseases of civilization” (especially heart disease, diabetes and cancer). That kind of thinking has led proponents of paleolithic nutrition to recommend a number of healthy alternatives to white flour. Popular paleo flours include:

In general, each of the paleo flours tends to have their strengths and weaknesses. In most instances, you won’t be able to substitute them at a 1:1 ratio for white flour. However, combining paleo flours (which entails some trial and error) can help you achieve your desired culinary and wellness goals.