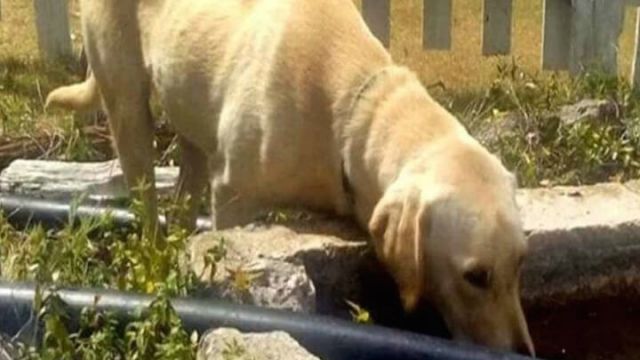 A Labrador retriever in Mexico is being heralded a hero after helping to save the life of a 14-year-old boy who got lost in some hard wilderness for nearly two days.

Juan Heriberto Trevino was attending a summer camp in Mexico’s Sierra Madre Oriental mountain range when he was sent to gather firewood. While looking around in the mountainous terrain, he slipped and fell down a ravine. The young boy realized he was lost but he wasn’t alone in his journey. A Labrador named Max, who had been wandering around the summer camp, joined the boy to look for firewood and refused to leave his side after he fell down the ravine.

The area is quite high up on a mountain and can get very cold at night. Trevino said he hugged the dog for warmth and draped Max over his legs in cooler temperatures. After 44 hours, the pair were discovered by a search party and rescued.

We are always so amazed when we hear stories about animal altruism, but such stories are actually quite common. Perhaps what we find so heartwarming about animals going out of their way to help people is that it confirms that they are just like us in our ability to feel empathy towards other living things. It confirms that the emotional bonds we feel with animals are not a one-way street.

Here are five other amazing stories of animals having empathy for human beings, and going out of their way to help us.

Todd Endris, a surfer from Monterey, Calif., was in a lot of trouble. The 28-year-old was being stalked by a great white shark back in late August 2007. The shark originally bumped Endris, but on the next pass clamped both him and the surfboard in its mouth, badly injuring him.The third time the shark made a pass he grabbed onto Endris’ leg and bit down to the bone.

That’s when some nearby bottlenose dolphins decided they were going to intervene. The pod of dolphins circled Endris and provided a protective barrier between him and the shark, allowing the surfer to get back on his board and ride a wave to shore. Even though he lost half of his blood, he made a full recovery and was back surfing in six weeks.

This isn’t the first time dolphins have been reported to help humans. In fact, the earliest known stories of dolphins helping people go back to ancient Greece. Stories were passed down of dolphins rescuing swimmers from sharks, saving them from drowning or helping to guide them back to land.

Recently Cincinnati Zoo made headlines when a 4-year-old fell into the gorilla enclosure. The child was dragged by a 17-year-old gorilla named Harambe who weighed in at 400 pounds. Zoo officials had to make the tough choice to shoot Harambe, as it was believed tranquilizers would not take effect quickly enough to protect the child.

Such situations have occurred previously, only with better results. In 1986, at a zoological park on the island of Jersey, a 5-year-old child fell into a gorilla enclosure and was knocked unconscious. A 25-year-old gorilla named Jambo protected the child by getting between him and the other gorillas and then adopting what experts referred to as a defensive position.  Jambo eventually led the other gorillas away from the 5-year-old, allowing paramedics to rescue him.

A similar incident occurred at a zoo in 1996, only this time, it was a 3-year-old who fell 18 feet into a gorilla enclosure. The child was protected by 8-year-old gorilla Binti Jua.

In 1998, Jo Ann Altsman of Beaver Falls, Pennsylvania suffered a heart attack alone in her home while her husband being away on a fishing trip. While the family dog barked with urgency, the family pet — Lulu the pot-bellied pig — must have known that more needed to be done. Lulu managed to escape the yard, but in doing so ended up cut and bleeding as she was making her way off the property.

Lulu then ran into the middle of the road and laid down. When a car stopped, the driver noticed Lulu’s wounds and, sensing the pig was in distress, followed her as she went to where Jo Ann was. Upon finding the woman, the driver called for help and Jo Ann was rescued and ultimately able to receive the open-heart surgery that saved her life. As for Lulu, she received a special award from the American Society for the Prevention of Cruelty to Animals for her efforts and became something of a celebrity.

In 2004, 8-year-old Amber Mason was on a family vacation in Phuket, Thailand when she befriended an elephant named Ningnong, who was owned by a local fisherman. On December 26, 2004, a big tsunami hit while Amber was riding atop Ningnong. When the wave hit, Ningnog ran to higher ground with the little girl still on his back. As the waves continued to hit, Ningnong turned his back to the water and formed a protective shield around Amber. Eventually Amber was able to ride Ningnong back towards her parents and rescue.

While these stories might represent some of the more dramatic tales of animal altruism, they are only a small fraction of times such things have occurred. It seems there is plenty of evidence that shows animals have as much capacity to empathize with us as we do with them.