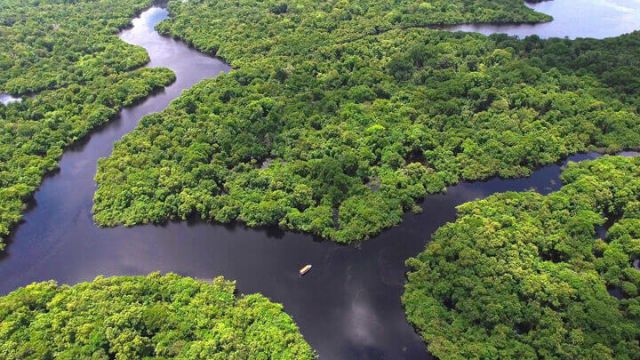 There are hundreds of environmental organizations in the United States alone. Knowing which organizations make the most efficient use of their donations and which charities are the most effective at improving the health of our planet can be a difficult task.

The average person simply doesn’t have the time to investigate a charity they wish to support, which is why the website (and charity in its own right) CharityNavigator.com provides an independent third-party evaluation of a charity’s pros and cons.

Charity Navigator also monitors charitable activities and waves red flags on organizations when their budgets are not transparent, when donor money is put towards high salaries or anything else that might signify a donor’s contribution might be better put towards another cause.

Split up into four categories, here are eight environmental organizations that stand out as worthy of following.

The environmental organizations that have the highest rate of effectiveness are those that simply use the money to buy large swaths of land and keep that area protected.

Rainforest Trust purchases acres of ecologically important land and forest in order to protect habitat for endangered species and preserve biodiversity. It follows the same simplistic model of the UK-based organization World Land Trust. After the organization purchases land, it provides resources and education for local communities to ensure the area’s continued protection.

Donors to either Rainforest Trust or the World Land Trust get real tangible results from contributions; $10 saves one acre of land. It is a perfect model for people who wish to ensure their donations definitely yield positive results.

The Nature Conservancy will also purchase land for the purposes of conservation. Since 1962 the organization has preserved over 2.8 million acres. Donors to the Nature Conservancy also have the option of leaving ownership of their property to the conservancy in their will or last testament so that the land will continue to be preserved after they die.

Strong environmental policies are useless unless some savvy eco-lawyers are around to ensure they are enforced. Luckily, there are a few great organizations that do exactly that.

When lawmakers make a law, allow an activity or do anything that contradicts an existing environmental law the National Resources Defence Council (NRDC) is there to take them to court over it.

For example, the NRDC recently took the Environmental Protection Agency (EPA) to court over its failure to protect the monarch butterfly population. Specifically, the EPA ensured that all approved pesticides would not cause harm to the environment or wildlife. However, the NRDC contends that glyphosate, commonly found in Monsanto pesticides, are contributing to the declining monarch butterfly population. The lawsuit lit a fire under the EPA to take a stronger look at the impacts of the pesticide. Often the NRDC will reach settlements with the EPA or other government agencies outside of court, which produce stronger environmental laws and more efficient monitoring of ecological health.

Formerly known as the Sierra Legal Defence Fund, Earthjustice uses the tagline “Because the Earth Needs a Good Lawyer.” Following a similar model as the NRDC, Earthjustice is involved in numerous cases at the moment, including working to save coral reefs off the coast of Florida, defending watersheds from the impacts of mining in Alaska and protecting Oregon’s Deschutes River and the endangered Oregon spotted frog.

Possibly the biggest issue we face today is our transition away from economies based on fossil fuels to one that is fuelled by the clean energy revolution. To ensure that this happens in a timely manner we need some very smart people working with adequate budgets and resources.

In recognition of the need to develop the renewable energy industry at a rapid pace, ACORE brings together companies, policy makers and investors. The organization investigates obstacles in the industry’s path and how stakeholders from all different sectors can come together to overcome them. Often it will look at market barriers that are preventing development in the sector and make policy recommendations to politicians that would break those barriers down.

ACORE has also established a U.S. and China partnership program that allows the renewable energy sectors in each country to share information and expertise. Not a bad idea considering the role each country has to play in the world energy economy moving forward.

The Solar Foundation, as their name implies, works on behalf of the solar industry to lobby policymakers to make decisions that benefit the solar industry. Renewable Energy lobbyists have a lot of competition while trying to get attention from the government, making it even more important for those working on behalf of clean energy development to be supported. The foundation produces year round reports on the health and environmental impacts from a developed solar industry, job creation and economic benefits as well.

Right now they are playing Pokemon Go (#FreePikatchu), but eventually those little buggers are going to take over the world. It will be them making decisions that impact society and the planet, so helping to instill in them a love and respect for nature will go along way to ensuring the future health of our environment.

Earth Rangers is a great charity that strives to make environmental education fun for kids. Educators from Earth Rangers are not only knowledgeable but also trained in making learning a fun experience for kids. If Captain Planet were to have a favorite charity, it would be this one.

This article does not even come close to mentioning all of the great environmental organizations that exist worldwide, doing so would fill an entire book as opposed to an article. That being said, the above organizations have definitely earned special mention and are worthy of consideration.