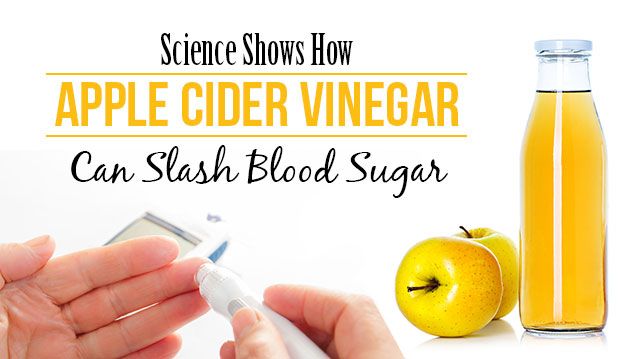 Also called ACV, apple cider vinegar is made from fermented apples (preferably organic). The fruit sugars are consumed by beneficial bacteria and soured into vinegar. The result is a cloudy, pale-amber liquid with a potent sweet-sour aroma. It is full of probiotic cultures and other beneficial compounds.

The traditional uses of apple cider vinegar are vast. To name just a few, it has been used to ease digestion, aid in flu prevention, reduce inflammation, regulate pH balance, alleviate allergy symptoms, ease nausea and heartburn, as a staple in detox regimens, and for a number of skin conditions, including reducing acne and smoothing wrinkles.

Although there is extensive anecdotal evidence to support using ACV, many people are quick to point out that there is no hard scientific evidence to endorse these uses. Interestingly, historical records show that Western medical doctors commonly used vinegar for many ailments, including diabetes, up until the late eighteenth century when the production and marketing of blood sugar-lowering drugs began to take place. At this time, the traditional wisdom of medicating patients with vinegar seems to have been pushed aside and forgotten.

Among its huge array of health benefits, multiple studies have found that it may help lower blood sugar levels. This application is the most extensively studied by Western science at this time.

High or out-of-control blood sugar is a major health concern today, with 29.1 million Americans, or 9.3 percent of the population, having a diabetes diagnosis. These figures are expected to rise dramatically, with 86.1 million people exhibiting prediabetes symptoms. Diabetes continues to be the seventh leading cause of death in North America. Canadian statistics are not far behind those in the U.S. In short, diabetes is a dangerous chronic disease that is on the rise in our society.

There are many holistic health strategies that can be used to improve diabetes symptoms. While dietary changes have been shown to be the most effective, natural remedies such as apple cider vinegar can prove beneficial as a supplement to a robust nutritional regime.

One study, conducted at the Nutrition Department of Arizona State University by doctors Carol S. Johnston and Andrea M. White, PhD, surveyed 11 people afflicted with type 2 diabetes. The researchers found that taking two tablespoons of apple cider vinegar right before bed lowered the blood sugar levels of these individuals by four to six percent by morning.

Dr. Johnston says, “Scientific studies over the past 10 years show benefits from vinegar consumption. It’s inexpensive and can be easily incorporated into the diet. Used in combination with diet and exercise, it can help many people with type 2 diabetes.”

She went on to say that she believes the therapeutic effects of apple cider vinegar are equivalent to some medications, perhaps even possessing the beneficial qualities of more than one type of prescription.

The way in which apple cider vinegar works in the body is complex. Some experts think it slows the absorption of carbohydrates into the blood by delaying the breakdown of starches into sugars. This means it would have a similar function to the prescription drug acarbose (sold under the brand-name Precose).

However, other studies have reported that ACV helps lower the post-meal blood sugar of subjects with a high level of insulin resistance. This suggests that the vinegar improves hormonal insulin sensitivity, which is a similar mechanism to a medication called metformin.

Finally, the research showing that an evening dose of ACV results in lower morning levels of blood glucose would suggest that apple cider vinegar might encourage the healthy production of insulin, which is similar to the effect of a drug called nateglinide (sold as Starlix).

This is a common phenomenon that we at The Alternative Daily have observed about natural medicines. They tend to have an adaptable and “intelligent” way of working in the body, where their complex mechanisms are able to recognize what is needed and work in synergy with what is there.

This is in contrast to pharmaceutical drugs, which exert a specific effect regardless of what a person’s body might need. This makes the prescription of pharmaceuticals a difficult and risky practice, since it’s not always possible to analyze and diagnose exactly which mechanism needs to be modified, and to what extent.

In this way, it seems that apple cider vinegar almost “picks up where the body left off,” adapting its function to what is needed. This is probably why the use of apple cider vinegar has been observed to cause very few, if any, negative side effects.

The same cannot be said for pharmaceuticals, which have been known to cause a range of side effects from skin rashes, weight gain, kidney complications and stomach issues, to a risk of liver disease and swelling of the legs. Some people also experience dizziness, shivering, and cold sweats with certain medications. Many diabetes sufferers must take more than one type of pill, meaning that side effects can be unpredictable.

Moreover, apple cider vinegar can cost as little as two cents per dose, making it one of the most affordable and cost-effective diabetes therapies available today.

A further study, performed at Tokyo University, Japan, discovered that the acetic acid found in vinegars inhibits the activity of carbohydrate-digesting enzymes, including sucrase, maltase, lactase and amylase. This inhibition results in select sugars and starches passing through the digestive system without being digested, having less impact on blood sugar levels.

When the starches pass through undigested, they end up feeding beneficial gut bacteria, which has further health benefits.

Experts have also said that ingesting apple cider vinegar may “turn on” genes that help to break down fats. Since obesity is often tied with type 2 diabetes, this would have a beneficial effect for diabetes sufferers.

It’s important to note, however, that those with gastroparesis, a diabetes-related issue where the stomach empties more slowly, should be cautious of using apple cider vinegar. The high acid content may be dangerous if gastric emptying is slower than usual.

When choosing an apple cider vinegar, make sure to select one that is organic and unpasteurized, as the pasteurization process can destroy many of the health benefits. Organic, unpasteurized apple cider vinegar has a cobweb-looking solid floating inside; this is known as the mother of vinegar — a natural cellulose produced by the vinegar bacteria. 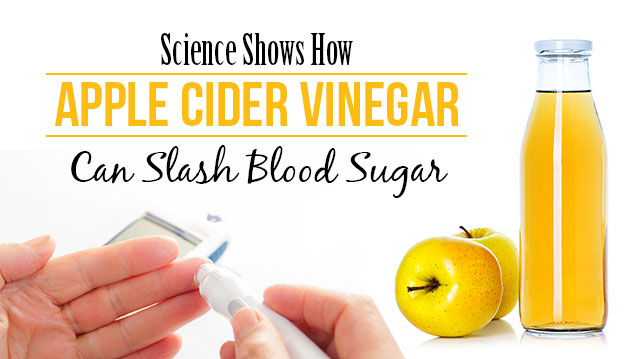 If you don’t wish to consume the live culture you can simply pour the vinegar through a strainer to remove the pieces from the liquid.

We recommend using a tablespoon of raw, organic apple cider vinegar in a small glass of water three times per day. Taking your dose about half an hour before meals should have a beneficial effect on digestion and blood sugar levels. This simple therapy has been shown to help those with both type 1 and type 2 diabetes. It can also be a valuable preventative measure for the millions of people exhibiting prediabetes symptoms.

It’s important to note that type 2 diabetes is a condition that comes about from the chronic mismanagement of health. We want to support and encourage you to rebalance your body systems to recover from your illness.

The research supports using natural remedies such as raw apple cider vinegar along with a high-quality, real-food diet to reverse prediabetes and full-blown chronic diabetes. We recommend starting with this article, where you can explore other foods to help you control blood sugar.