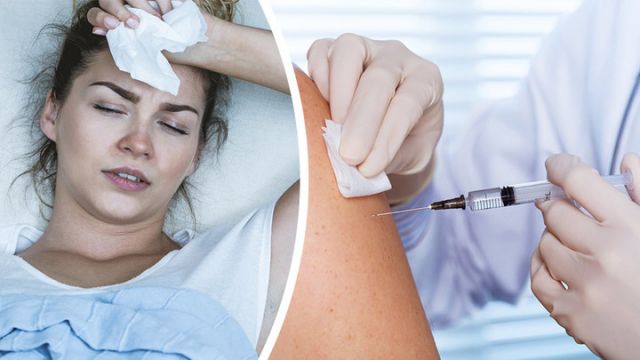 Medical experts have been predicting a particularly harsh flu season and it looks like some of their worst fears could be materializing. A particular worry, according to health officials, is an influenza strain known as the “Aussie Flu,” which got its name from the devastation it has caused in Australia in recent months.

In fact, there were more than 233,400 confirmed cases of flu in Australia last year. That’s double the influenza rate from 2016. Eighty percent of those cases involved a strain called H3N2 (the technical name for the “Aussie Flu,”) which epidemiologists say is especially virulent.

That helps explain why the number of severe hospitalizations and deaths skyrocketed too. More than 742 Australians died from H3N2 in 2017, a more than fourfold increase from the previous four-year average.

Dr. William Schaffner, an infectious disease specialist and professor at the Vanderbilt University School of Medicine explains that “H3N2 is a nastier virus than some of the other influenza viruses.” Consequently, he expects “that there will be more healthy children and young adults who find themselves in the ER this year.”

Why H3N2 is more dangerous

According to Dr. Amesh A. Adalja, at the John’s Hopkins Center for Health Security, the symptoms of the Aussie Flu are the same as those found with other influenza strains:

However, Dr. Adalja explains that because H3N2 is a more severe strain it is more likely to result in complications like pneumonia. As he notes, “We’re seeing increasing cases in hospitals and increasing rates of death.”

Will the flu shot keep you protected?

Flu shots target specific strains, which experts believe are the most likely threat, but they do not protect against every variety of influenza out there.

According to the CDC, this year’s flu shot is designed to immunize against both H1N1 and H3N2 type viruses, but the vaccine proved only 10 percent effective on Australia. Health officials believe that rate will improve to 30 percent in the United States, but they acknowledge that “Traditionally, vaccines don’t work quite as well against the H3N2 strain.”

Minimize your exposure to microorganisms

So, what can you do to keep yourself and your family safe this flu season? Let’s start with some broad hygienic recommendations that can reduce your chances of exposure in the first place. Then, let’s look at some all-natural ways of keeping your immune system in top shape.

Here are a few ways to keep the flu at bay, naturally: