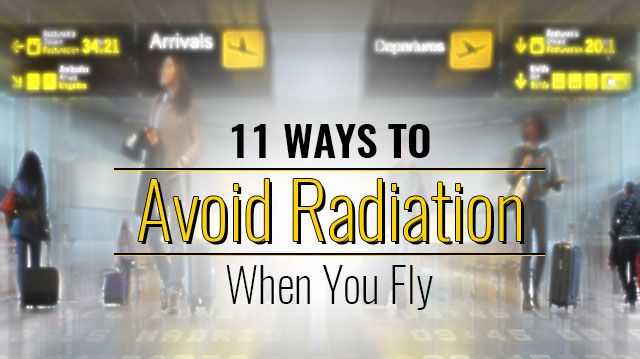 Your yearly radiation exposure is 620 millirems (.62 rems), according to the National Council on Radiation Protection and Measurements (NCRP), for the average person living in the United States. About half of this radiation is from environmental sources, and about half is from man-made sources.

In general, space radiation, also known as galactic rays or galactic cosmic rays, is higher in energy than solar radiation (from the sun). Higher energy radiation can cause more cellular damage to our bodies.

Here are some factors that affect how much radiation we are exposed to:

Clouds are the predominant atmospheric condition that determines the amount of solar radiation that reaches the earth. For any given location, there is less solar radiation reaching the earth’s surface the cloudier it is. A cloudy day offers protection from solar radiation. This is something we all have heard when trying to prevent a sunburn on a sunny day.

According to the EPA, there is a suggestion of low level exposure and cancer. However, this area is still being researched. It’s more difficult to scientifically research this area because of the delay between when radiation exposure occurs and when health effects are seen.

Here are some things that affect how much radiation there is:

Here are some things you can do about it:

Dried berries, dark chocolate and nuts — sounds like trail mix to us!

It’s good to be aware of the influences of our environment. While some natural background radiation is unavoidable — it’s just part on living on planet earth — there are radiation exposures where you do have a choice. We recommend looking at how much you fly. Also what is your current state of health? Do you have any special concerns? All of these factors go into how you respond to radiation exposure.

Through understanding our environment, we can take precautions that are effective for us. Many of the suggestions here are easily doable and very healthy, too! We advise you to understand your options, take your health into your own hands and do what you feel is best for you.

Nikki Walsh is a freelance writer and mom of two kids living in Southern California. She holds an MBA in marketing from University of California, Irvine and a bachelor’s degree in Biochemistry from UCSD. She has been practicing Kelee meditation for 19 years. When she is not writing she can be found out and about having fun with her kids.