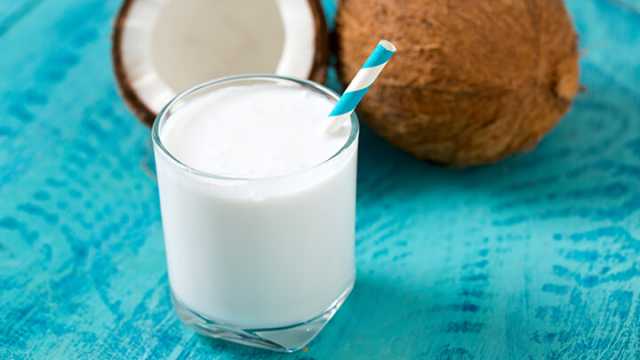 Widely considered one of the healthiest foods in the world, coconut milk makes a remarkable dairy substitute. It’s slightly sweet in flavor, ideal for smoothies, desserts and even your coffee. But most importantly, coconut milk has some real health benefits, making it suitable for all diets when consumed in moderation.

What is coconut milk and how is it made?

Coconuts aren’t an animal, so how the heck do they produce milk? While coconuts don’t lactate, they certainly can make milk.

Coconuts belong to the palm family. They’re grown in abundance in Malaysia, Polynesia and southern Asia. Not to be confused with coconut water, coconut milk derives from grated coconut flesh that’s soaked in water. The coconut cream rises to the top and is skimmed off. The remaining liquid is then squeezed through a cheesecloth. By repeating the process, the coconut milk becomes thinner. Based on processing and its consistency, coconut milk is classified as either thick or thin. 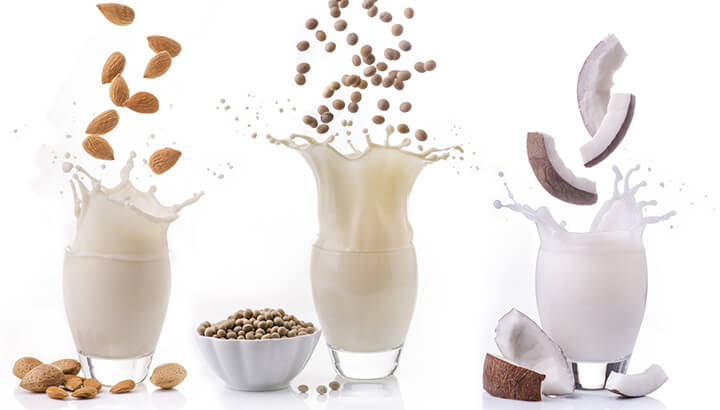 Unlike cow’s milk, coconut milk is lactose-free. It’s also soy, nut and grain-free. So, it can be used as a milk substitute by anyone who is lactose, soy or nut intolerant. It’s also extremely popular among vegans. It makes a great base for smoothies and is an ideal dairy substitute in baking. Coconut milk is considered one of the healthiest foods in the world, along with coconut oil and coconut water.

It lowers cholesterol and improves the heart

Since coconut milk is so high in saturated fat, there’s plenty of debate regarding its role in heart health. The milk contains beneficial fat called lauric acid. Lauric acid is a medium-chain fatty acid that’s easily absorbed by the body for energy. While the fatty acids are primarily saturated fats, they won’t raise your cholesterol levels and cause heart damage. Rather, they will do the opposite.

Coconut milk also contains medium-chain triglycerides (MCT) fatty acids that the brain uses for energy. And, they don’t need to be processed through the digestive tract with acids like some other fats, says Dr. Axe.

Coconut milk can help reduce the occurrence of ulcers. In another animal study, coconut milk was fed to rats induced with ulcers. After receiving the milk, the rats reduced stomach ulcer size by 54 percent. That’s comparable to the effect of an anti-ulcer drug. The study found that coconut milk had protective effects on the ulcerated gastric mucus.

It stops viruses and bacteria

Coconut milk can influence viruses and bacteria, including those that live in your mouth. A study conducted by the Center for Oral Health in Kentucky assessed the antibacterial activity of medium-chain fatty acids against various oral microorganisms. The result was that MCTs in coconut milk, particularly lauric acid, helps reduce the levels of viruses and bacteria that cause infections.

It helps you lose weight 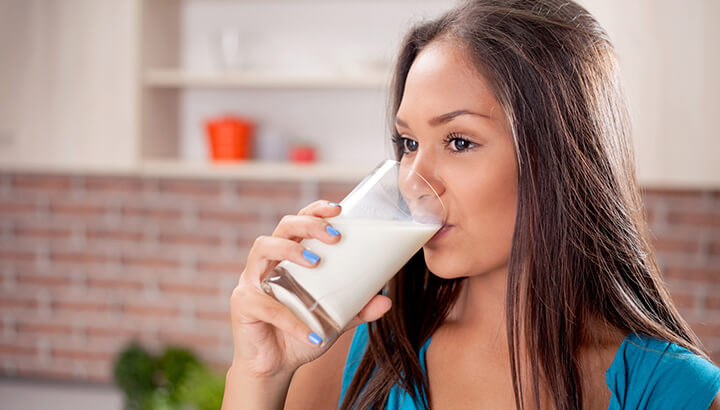 Coconuts also contain small amounts of other medium-chain fatty acids such as capric acid and caprylic acid. Unlike longer-chain fats, MCTs move from the digestive tract directly to the liver, where they’re used for energy. So, they’re less likely to be stored as fat.

In addition, because of coconut milk’s fat content and MCTs, it may reduce appetite. Feeling satiated helps with overeating, snacking and potential weight gain. The MCTs may also increase metabolism and help you lose belly fat. That said, this milk is a high-calorie food. About 93 percent of its calories come from fat. And since one cup of full-fat coconut milk has over 500 calories, portion control is important. Particularly if you are trying to manage your weight.

Coconut milk may also help manage blood sugar and diabetes. The fat content helps slow the rate in which sugar is released into the bloodstream. The result is better controlling insulin levels and thus preventing a “sugar high” or worse, like diabetes.

Coconut milk’s MCTs can help lower inflammation. Inflammation is associated with arthritis and general joint or muscle aches and pains. Studies published in the U.S National Library of Medicine found that coconut reduced inflammation and swelling in rats and mice.

Are there any adverse effects?

Just like all foods, there may be a chance of adverse effects, particularly if you are allergic to coconuts. But compared to soy and nut allergies, coconut allergies are rare. Be aware that many canned varieties of the milk contain bisphenol A (BPA). BPA is a chemical that can leach from the can lining into the milk. Researchers have linked BPA to cancer and reproductive issues in animals and humans. Therefore, choose BPA-free packaging when purchasing it.

Additionally, most canned coconut milk contains guar gum. While it may not pose a serious health threat, there is a chance you may be sensitive to it. Guar gum is often used as a thickening agent in the milk. In large doses, it has been linked to digestive blockages and other digestive disturbances.

The bottom line is, read the label. When possible, choose milk that contains only coconut and water. Avoid questionable ingredients such as guar gum and carrageenan (an additive derived from red seaweed). Choose unsweetened milk in cartons, which usually contains less fat and fewer calories than canned options. You may also want to try your hand at making your own using a blender and cheesecloth — check out this recipe. Once you’ve had fresh coconut milk, you may never go back to canned again.