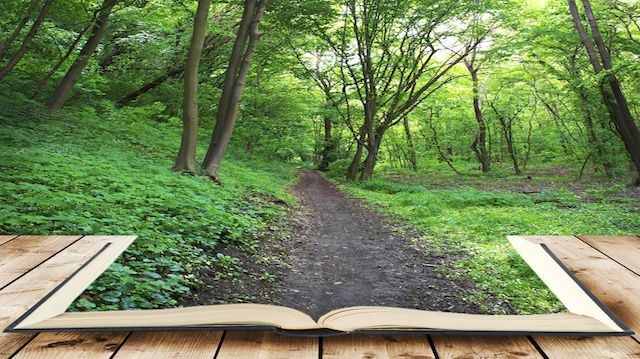 Nature is indeed wild and majestic. It has inspired many to spend months among the trees and trails or at least give it a proper go. No one really knows the answer to why we enjoy being deprived of our basic creature comforts. Nor do we truly understand why we subject our minds and bodies to the sometimes brutal beckoning of nature.

Maybe it’s a way for us to escape. Maybe some of us have an ancestral gene that continually calls us to the dark void of the wilderness or the unknown road ahead?

However, one thing is certain, some of the most enlightening and profound works of literature have grown from the adventures of humanity interacting with nature. The trail summons and there is always a line of adventurers or weekend warriors more than willing to answer the call with wild abandon.

Here are four books that may spark the fire within you and get you back on the road to continue your lifelong commitment to exploration.

Kerouac remains a prolific icon from 1950s Americana. While some were in pursuit of the Mad Men type lifestyle, others, like Kerouac, Ginsberg and even Burroughs remained global pinballs. He called this period the “rucksack revolution.”

Kerouac’s classic On The Road became his catalyst for more travel, later leading him to write The Dharma Bums. This was his second novel, which contrasts Kerouac’s love for the city and the appeal of nature that continually pulled at his soul and heart.

The Dharma Bums contains a tribute to Kerouac’s journey into the Sierra Mountains, to the 12,000 foot peak of Mount Matterhorn. In the depiction of the bizarre expedition, Kerouac is led by Zen poet Gary Snyder, who was an accomplished climber, dead set on showing Kerouac the wild, natural side of life.

Bill Bryson’s A Walk in the Woods: Rediscovering America on the Appalachian Trail

A Walk in the Woods is a hilarious depiction of Bill Bryson’s attempt at hiking the Appalachian Trail (AT), published in 1998. Bill Bryson’s delightful connection between nature and humanity offers a great peek into the secluded world of long-distance hikers.

From the get-go, readers will quickly recongize how Bryson’s attempt at hiking the AT may lead to disaster. His brash estimations regarding the state of physical and mental health required to hike the AT quickly catches him off-guard. In true Bryson style, he is hilariously funny in description while remaining awestruck by the natural wonders the wilderness boasts.

The book encapsulates the true nature of what it means to hike the AT and how one must be ready for everything.

Her impulsive motivation behind hiking a 1,100-mile stretch of the Pacific Crest Trail (PCT), is depicted in her wealth of words, describing an otherwise unhappy period. However, in almost total solitude she hikes, nearly giving up a time or two, continuing on from the Mojave Desert to the Columbia Gorge in Oregon.

Throughout her journey, like many of us who have experienced the solace of nature, she found herself and uncovered a few things along the way.

Jack Hitt’s Off the Road: A Modern-Day Walk Down the Pilgrims Route into Spain 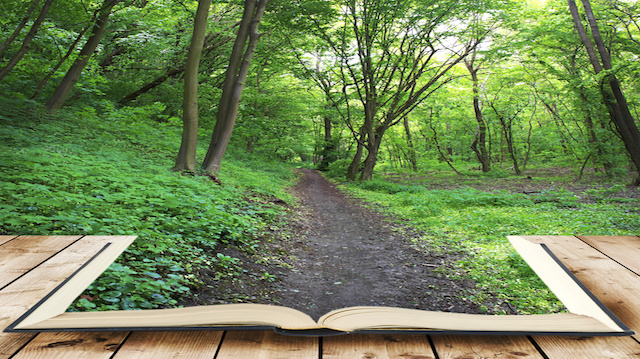 Hitt’s portrayal of the 500-mile hike along the famed, “El Camino” trail will evoke a wanderlust you may have locked deep inside you. Once again, this is a journey with troubled times as the catalyst. Hitt takes to the trail and catalogues the wondrous landscape. His long journey leads him to the ancient Spanish capital Santiago de Compostela, a UNESCO World Heritage Site.

Off the Road is a touch of travelogue coupled with rich history. It leads the reader to an other worldly perspective, just as Hitt experienced on his journey.

The tantalizing tales mentioned here offer an engaging perspective of a road or trail less traveled. These delightful depictions may be nothing more than an excellent mental escape after a long day at the office or may inspire new adventures.

Spending quality time in nature is not only an excellent alternative for your weekend, it is also a vital health alternative as well. A study published in Extreme Physiology & Medicine (2013) discusses the “great outdoors” and exercise as alternative ways to compliment your health. The study concluded, “The synergistic combination of exercise and exposure to nature and thus the ‘great outdoors’ could be used as a powerful tool to help fight the growing incidence of both physical inactivity and non-communicable disease.”

Feel free to let these naturally rich books of adventure give you a reason to get off the sofa and get back in touch with the wild. You may even take it a step further and take that sabbatical you have been dreaming of and hit the road or trail for an extended period of time.

Who knows, your journal may be transformed into the next great adventure book we are all anxiously awaiting! What book is on your coffee table or at your bedside?