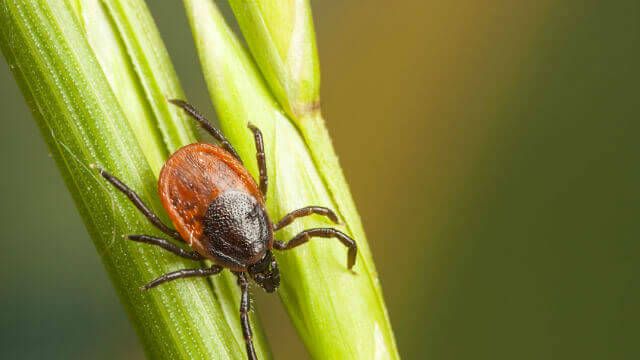 Some of you may recall the rather sudden and unexpected hospitalization and death of a Kansas farmer last summer. Well, experts have zeroed in on the cause of death: the all-new Bourbon virus, which is thought to be tick-borne.

This new virus gets its name from Bourbon County, Kansas, where the affected farmer had lived. It is categorized as a thogotovirus, which is in the orthomyxovirus group. According to experts, it is the first virus of its kind seen in the West, and the Kansas farmer was the first patient.

The scary thing about the Bourbon virus is that much is still unknown. According to Dr. Dana Hawkinson, an infectious disease expert at University of Kansas Hospital, “its genome is similar to viruses that have been found in eastern Europe, Africa and Asia, but no virus like that has ever been identified in the western hemisphere.”

In the case of the Kansas farmer, the virus did not respond to medications, and acted in a way that, “was fast-moving and severe, causing lung and kidney failure, and shock.” While the farmer had been in good health, he died after ten days in the hospital from the Bourbon virus. Experts state that some cases of the virus may be milder than this, but they are still unsure.

Some of the identified symptoms of the Bourbon virus include fever, malaise, aching muscles, and an unwillingness to eat. As it is a virus, it does not respond to antibiotics. Because of this, we all need to protect ourselves from this threat; namely, from ticks.

While it is currently too cold in many parts of the West for ticks to thrive, those living, or traveling to, warmer climates should take precautions against ticks. Bourbon virus is not the only potential result of a tick bite: Lyme disease, which can have chronic, detrimental health symptoms for years, is also something you definitely want to avoid.

To learn more about Lyme disease, get the facts about tick bite prevention, and to learn how to make your own all-natural tick repellant, check out our previous article. The more informed we are, the safer we can be.