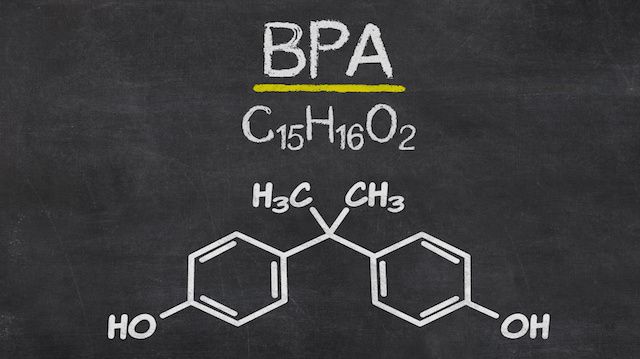 How many times have you hit the gym, the trail or the yoga mat this week? Your desire to exercise could be directly related to how much plastic you use. An intriguing new study has pointed out that bisphenol A, the infamous endocrine toxin and neurotoxin found in many plastics, could be affecting your motivation to exercise.

BPA affects us in so many ways, many of which we have still to research and understand. Some studies show it may affect subtle brain functions such as motivation.

New research from the University of Missouri, published in the Journal of Developmental Origins of Health and Disease, used laboratory mice and exposed them to toxins bisphenol A and ethinyl estradiol to evaluate their effect on behavior.

The scientists found that the endocrine disrupting chemicals caused mice to be lazier and have slower metabolisms. We already know that these chemicals interfere with hormones as well as cause tumors, birth defects and developmental disorders. This new research would suggest that they may also negatively affect metabolism, and could therefore be partially to blame for the obesity epidemic.

Specifically, the mice exposed to the toxins were less active, moved around more slowly, and spent more time sleeping. They also drank less water and were less likely to engage in normal activities.

This is concerning when we consider how frequently people are in contact with these chemicals. Bisphenol A is ubiquitous; it is found in plastic drinking bottles, food containers, cans and receipt paper. The other chemical examined in the study, ethinyl estradiol, is the synthetic form of estrogen found in birth control pills. Since a large percentage of women come into contact with one or both of these chemicals daily, it seems likely that behavior and motivation is being adversely affected.

Despite the Food and Drug Administration (FDA) and manufacturing corporations claiming that the small amount of bisphenol A found in the bloodstream of almost every person in the Western world is perfectly safe, scientific evidence points to its insidious effects. For example, The Breast Cancer Fund reports that small amounts of BPA (such as that leaching from plastic containers into our food and water) is linked to cancer, reproductive damage, ADHD and immune system harm. They estimate that 93 percent of Americans are affected by this dangerous exposure.

Another recent study pointed out that consuming a beverage from a BPA-lined can rather than from a glass bottle caused blood pressure levels to rise dramatically shortly following consumption.

So if small amounts of exposure can potentially cause lethargy, infertility and disease, how can we protect ourselves?

How to detox from BPA exposure

It turns out that our everyday habits have a huge effect. A study released by the Natural Resources Defense Council revealed encouraging results. In the study, a family switched to consuming fresh homemade food and water only from glass and stainless steel containers. After just a few days, their bodily levels of toxins like BPA and phthalates dropped dramatically. The BPA in the family members’ urine reduced by about 60 percent, and phthalates by 50 percent. 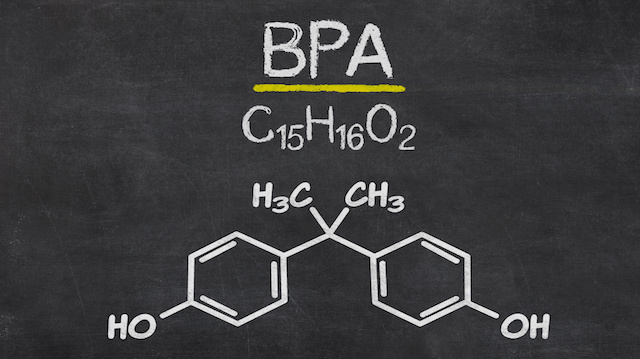 After the study period, the family returned to their normal habits of using plastic bottles and containers, and their chemical levels immediately increased again.

This is a great motivator to commit to eating fresh, unprocessed food to reduce exposure to BPA. We can also prevent other hormone-disrupting chemicals from entering our bodies by avoiding medications containing hormones and using natural self-care and cleaning products rather than conventional ones.

The sulfates, parabens and phthalates contained in mainstream shampoos, moisturizers and perfumes have also been shown to affect organ and hormone function. These items are usually packaged in plastic, which is another source of BPA exposure. We recommend switching to nontoxic alternatives.

You can use baking soda to wash your hair, coconut oil to moisturize, and essential oils to replace perfumes. Who knows, you might find you are more motivated to get moving and get fit!

Find more of our best tips for motivation here!