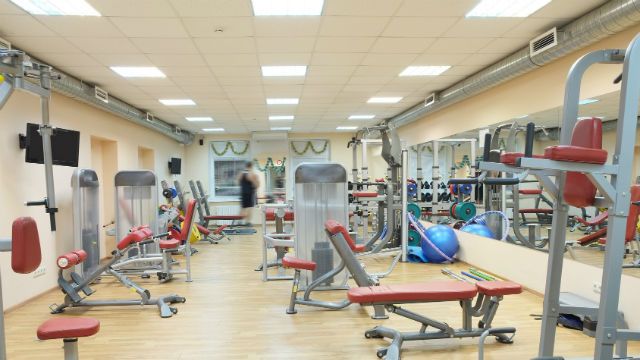 The fact that regular exercise is a must for optimal health shouldn’t be underestimated, but with many people turning to indoor workouts at the gym as the weather becomes increasingly colder, a new study reveals that there are some significant concerns because of poor air quality inside those gyms.

While previous research has revealed that exercising in polluted air, such as jogging along a busy roadway, can be harmful to health due to an increased risk of heart disease, until now, there has been little research conducted about the quality of the air inside gyms.

The new study, conducted by researchers at the University of Lisbon in Portugal and the Technical University of Delft in Holland, as reported by New York Times, will be published in the journal Building and Environment next month.

The researchers received permission from 11 gyms in Lisbon, Portugal, which are similar to those in the U.S., featuring a weight room along with multiple, smaller spaces for things like yoga and aerobics classes, to place air-quality monitors in each of the site’s rooms. The equipment was set to measure levels of commonly found indoor pollutants during the hours the gyms were at their most crowded.

Additional monitors were placed throughout three of the gyms to measure air quality in the entire building at all times of the day.

The results were concerning, with the gyms showing high levels of airborne dust, formaldehyde and carbon dioxide in concentrations that generally exceeded most accepted standards for indoor air quality.

When people were packed into the small rooms during aerobics classes, the levels were noted to be especially high as dust and fumes were stirred up, in addition to the heavy breathing that produced an abundance of carbon dioxide.

The greatest potential concern, Ramos said, were the high concentrations of dust and chemicals like formaldehyde in the air at the gyms. In sufficient concentrations, those substances can contribute to asthma and other respiratory problems – and almost all of the gyms in the study had levels of those substances that significantly exceeded European quality standards for healthy indoor air.

While carbon dioxide isn’t toxic to people, Ramos said this also could be a concern as in high concentrations it’s been found to contribute to bodily fatigue and cognitive fogginess. Obviously, neither of which you want during a high-intensity aerobics class.

An elevated level of carbon dioxide can also indicate a poorly ventilated building, Ramos said, especially if that level remains high for hours, as it did in her study.

Ramos also noted that the results of the study shouldn’t discourage anyone from going to the gym. None of the sites had a measurable level of carbon monoxide, which is one of the most dangerous of known air pollutants.

She advises gym-goers to perform a sniff test at their fitness facility, and if the air smells stale and chemical-laden to talk with the manager and ask about ventilation as well as if the building has undergone a recent indoor-air-quality assessment.

When the weather outside isn’t too extreme, you might want to consider bundling up and going for a walk. It’s a great, healthy way to get in some fresh air and rejuvenate your mind.