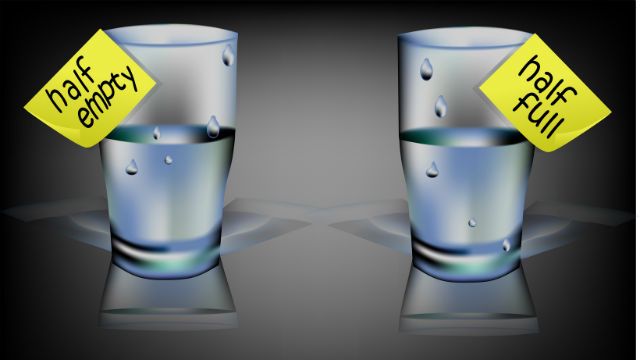 Negative thought patterns can be just as destructive to your well-being as negative food choices. The way we experience and process the world in our minds precedes the physical actions that we take, so if we are rooted in negative mindsets, negativity trickles through every aspect of our lives.

Not only can negative thinking often lead to destructive behaviors in an attempt to self-soothe, such as smoking cigarettes, excessive drinking, emotional eating and more, it can also lead to chronic stress, which in turn can have a disastrous effect on your health. When stress levels persist, it can lead to insomnia, weight gain and even a compromised immune system.

Research has shown that chronically high stress levels can raise one’s risk of a number of chronic illnesses, including heart disease and type 2 diabetes. Pessimism has also been linked to poorer health in general, as well as decreased success and productivity in the workplace.

Just a few examples of negative thought patterns include an expectation for constant perfection (from yourself, others or both), only seeing the negative in a situation, dismissing anything positive that happens to you as a fluke, and making decisions based on fear and other emotions rather than objectively weighing the facts.

Positive thinking, on the other hand, has been linked by research to better health, career success and even longer life. We recently reported on a study performed at Harvard Medical School which found that even thinking positively about whether a migraine treatment was going to work helped reduce migraine pain, even when volunteers knew they were taking a placebo. The mind truly is a powerful thing.

To break the cycle of negative thinking, sometimes all it takes is a conscious choice to dismiss these habitual thoughts in favor of positive affirmations. While it may seem trite, repeating positive messages to yourself, and allowing yourself to believe them, is a time-tested practice that has been incorporated into the mantras of eastern philosophies and spiritual practices, such as Buddhism, for thousands of years.

The first step – the conscious choice to embrace positivity – is the most important. However, don’t expect too much of yourself at first. Start by seeing the good in minor events and situations that you may have previously rationalized in a negative way. Once you’ve mastered the small stuff, you will naturally be able to weave positive thinking into more large-scale scenarios.

One thing that can greatly help with this process is meditation. If you have never tried this ancient method before, or if you have tried but struggled, seeking out a guided meditation session in your area may prove to be extremely helpful. You can also meditate at home, or anywhere you like, but developing the core skills through a guided session can really give you a boost. 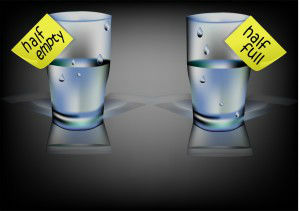 Because the mind is so powerful, sometimes no matter how hard we try, we find it very difficult to break certain negative thought patterns or behaviors, as they have been with us so long they are rooted in our subconscious minds. If this is the case, it may be important and beneficial to seek out a counselor or therapist that you trust, to help you get to the root of and unravel your negative cycles, so that you can start seeing the world in a whole new, brighter, light.