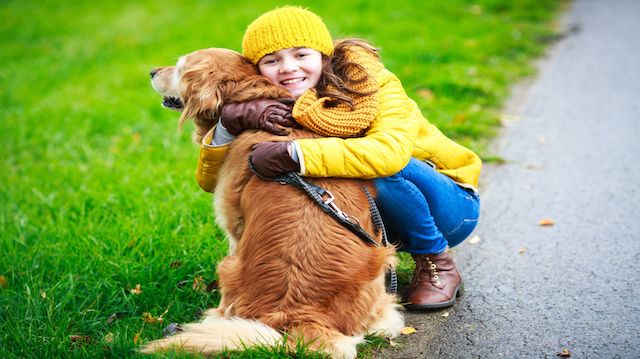 Dogs have been known for a long time as “man’s best friend.” Our canine companions have often been recognized for their loyalty and bravery. Dogs love to please and will do almost anything to make their masters happy.

The limits of what a dog can learn quite often depend on how skillful the trainer is, not how smart the dog is. However, some dogs do seem ahead of the pack.

There are a few such dogs that truly stand out. These are dogs who not only exhibited an uncommon intelligence, but also an instinctual ability to know what needed to be done.

Kathie Vaughan was driving one morning in a used truck that she had just purchased. She was accompanied by her rottweiler, Eve. Kathie has multiple sclerosis and is paralyzed from the waist down.

As she drove along, the truck began to fishtail and swerve. She was able to stop the vehicle on the side of the road, but as she did, she noticed fumes filling the cab and flames beginning to engulf the truck.

She let her dog out of the door and was in the process of trying to get her wheelchair out, but she was having difficulty finding the wheels.

Kathie was close to passing out when she felt Eve’s teeth around her ankle as the dog dragged her out of the car and into a ditch nearby. Eve continued to drag her farther from the burning vehicle until a policeman arrived and was able to help.

This dog showed profound bravery by rebelling against the instinctual urge to run away from fire and danger.

Honey, a cocker spaniel, was named Dog of the Year in 2006. Her owner, Michael Bosch, had gone off the road, and their SUV had plummeted into a ravine where it flipped upside down.

The only thing that Michael had the strength to do was free his dog from the vehicle. Honey ran to the nearest person she could find and barked at them until they followed her to the accident scene.

Eve and Norman Fertig love animals. They have spent their lives rescuing them and providing them with a home. One of these animals is a half-wolf, half-German shepherd named Shauna.

The family lives in Alden, New York, at the wildlife sanctuary they run together. 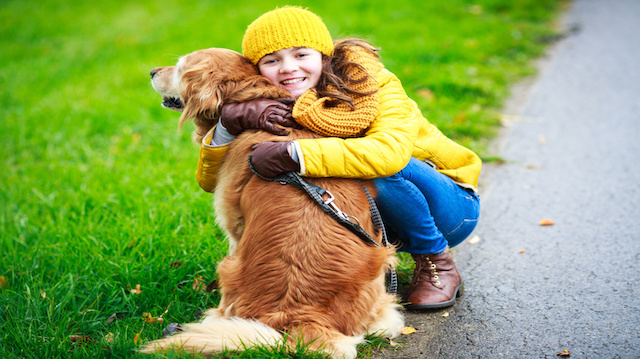 One night as they were out feeding their animals the way they would do every night, a storm struck violently. Trees began to fall all around, driving the elderly couple to take shelter in an alley between two buildings. The falling trees blocked their exit and trapped them in.

They were not wearing warm clothing because the day had been unusually warm for late fall before the storm struck. The temperature soon began to drop, however, and Eve later said that at that point she had started to think that they would die there in the alley.

It was then that they realized their 160-pound dog was digging under the trees. Shauna had realized that they were not coming out and decided that she would go in to get them.

The dog emerged from the tunnel she had dug in the dirt and snow under the trees, and began to bark for her masters to follow her. Norman is a WWII veteran and was reminded of foxholes by the dog’s tunnel. His wife and dog had to do a lot of coaxing before he was willing to allow them to help pull him through to safety.

But the story isn’t over yet.

When Eve and Norman reached their house, the electricity was still out, and they had no heat in their home. After they collapsed on the floor inside the door, Shauna lay down over them to keep them warm until firefighters arrived once the storm had passed.

Intelligence was again complemented by instinct and love.

Trakr is perhaps one of the most notable and heralded of our heroic canine friends. He was among the many dogs who were used to search through the rubble of the collapsed World Trade Center.

Despite already being a part of a prestigious team of canines, Trakr stands out because he was directly involved in the rescue of the last survivor of the attack. The person was trapped underneath about 30 feet of dangerous, unstable metal and concrete, and Trakr was able to locate him.

The story of the last hero is not only about heroism and bravery, or instinct and unbelievable training, it is a story of how a dog could give hope to a shocked and grieving country by being able to save just one more life.

Plans are even in motion to use this remarkable German shepard’s DNA to clone the dog, making him, in some small way, immortal in the hearts of the people who knew him.

All of these stories are inspiring and amazing examples of how we humans have such a unique relationship with dogs. There is trust, respect, loyalty, companionship and, most importantly, there is love.

Last but not least, meet Noodles

Noodles is a yellow Labrador retriever who was on a brief voyage with his family aboard a ferry traveling between Ischia and Naples, Italy.

At some point during the trip, the owners of the dog say that he slipped out of his collar and fell overboard!

They apparently asked the ferry to stop, but the crew believed that the dog had already drowned and therefore refused to stop the ferry.

The owners filed a missing pet report with the police as soon as they reached their destination, but they did not have much hope that they would ever see their dog again.

Little did they know, Noodles had already been saved by a sailing crew who happened to see the dog paddling toward them. If the sailors had not seen or stopped for the dog, he most certainly would have drowned.

After all of the ways dogs take care of and protect us every day, it’s nice to see the favor being returned in such a special way.

Have you hugged your dog today?